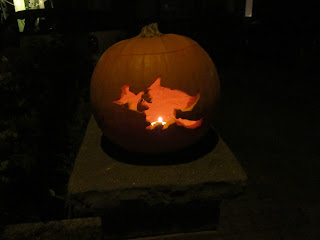 This is tonight's second countdown to Halloween post and I thought I would blog about one of the most prominent villains of Halloween,: the witch. As I mentioned back in 2012, I have not blogged enough about her. I say villain because I cannot say monster: the witch is very much a human creature, she just happened to practice witchcraft. And I know that witches were not always considered evil and are still not nowadays: they gained a bad reputation partially because the Church gave them one and because people too often fear what they don't understand. Old ladies with some hands on knowledge of medicine were executed because of the superstition of men. 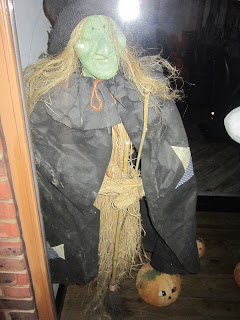 Still, as a character of horror stories and an archetype, the evil witch is a great villain. She is an poisoner, she is in league with the Devil, she shows no remorse to hurt young children and animals. If they are seen with cats, toads and other animals, let us not ignore their true nature: these are devils, familiar spirits, that have taken the shape of these beasts. The witch is the female, folkloric ancestor of the serial killer or the child abductor. Or simply the nosy, busybody neighbour, who can be quite malevolent herself. I know, I had one as a neighbour. And she didn't even know she was a witch. As a villain of old fiction, she deserves a place in the new one and the new horror stories. We often see her in Halloween imagery, next to Jack O'Lanterns or carved in a pumpkin as a Jack O'Lantern, as you see here on these pictures. It is about time to see them also in Halloween stories.
Posted by Guillaume at 21:48

I just hope they don't text while they are flying on that broomstick!:)