Cats in the neighbourhood (and Odin) 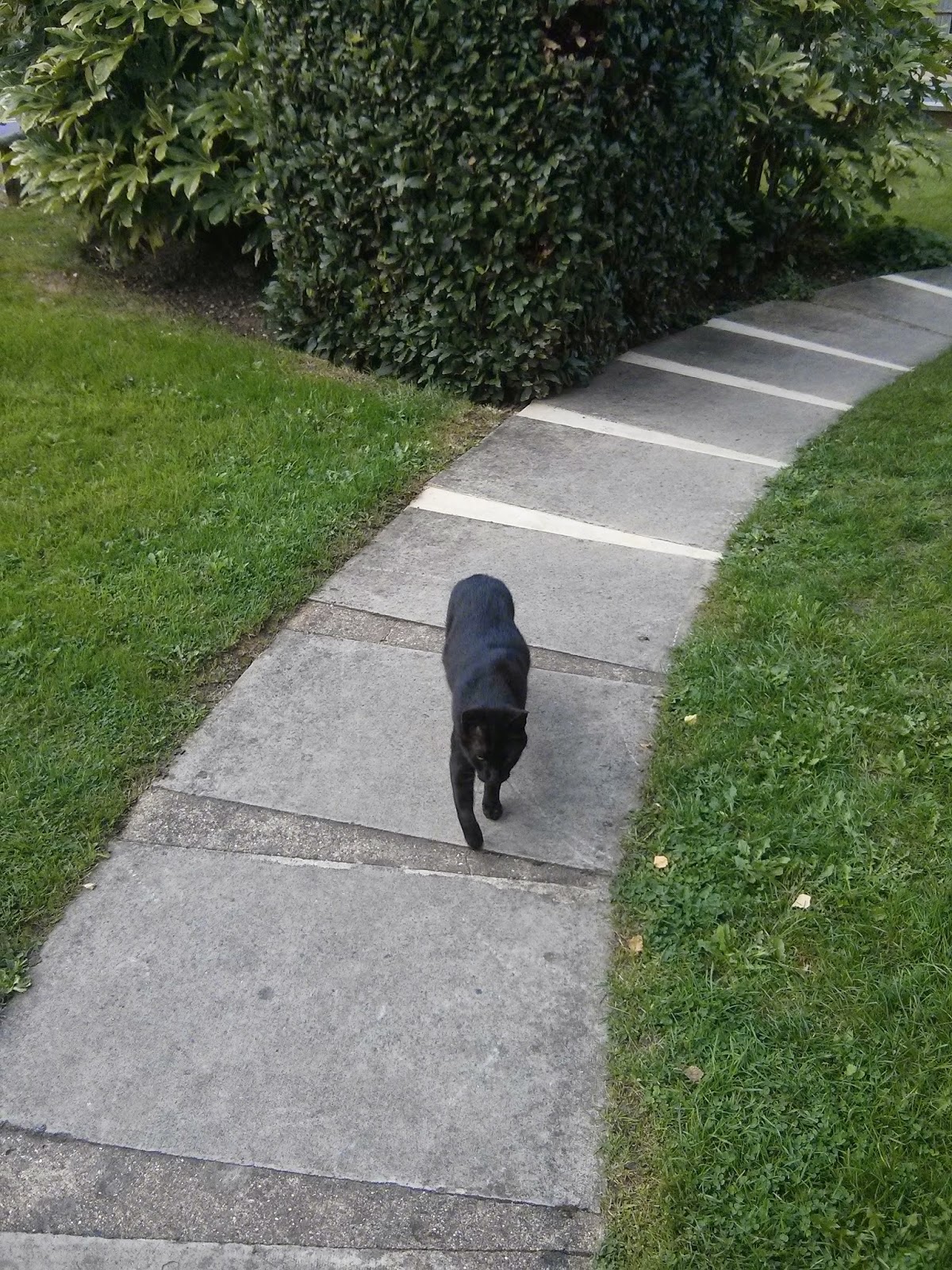 Recently in the neighbourhood, there had been some posters about a missing cat, named Marley, a black cat with white paws and neck and a pink collar. And last Thursday evening, walking back from the local shop, I saw a cat that looked like Marley. So I went after her (if indeed it was her), slow enough not to scare her, fast enough to get closer. But sadly, she walked away and either jumped over a wall or hid in a bush. I called for her and out of the bush came... another cat. A black one, completely black I mean, it couldn't be Marley. He wouldn't get any closer. Of course this cat reminded me of Odin. In fact the whole episode reminded me of him. I called and then emailed the owners of Marley, but got no answer. I didn't want them to live what I lived in November. So after I emailed them, I went to look for the cat again.

I saw a few, but not her. There was one that was white with black spots, a bit like a cow, quite friendly. There was a fat tabby one on a porch, by an open door, there was the fluffy white and black one which used to show up in the garden, but got scared off by Odin just because of my cat's mere presence. Odin was never jealously guarding his territory, as far as I know, even though he had scars and marks of fights. I think they must have been from a long time ago: every time he saw another cat he gave his fellow feline barely more than a glance. But this fluffy one had been scared of Odin, for whatever reason, he had ran away watching Odin fearfully. There was another cat that showed up, a lean one, tiger or leopard like in fur (toirtoiseshell cat?). He was very affectionate, a bit shy at first, but he rubbed against me and asked for strokes. And he hissed at the fluffy cat, keeping him at a distance. This too reminded me of Odin, as he was sometimes on the same street, perpendicular to mine. And because he was affectionate even though we had just met. But I will not adopt another cat just yet, however tempted I am. That said, it was nice to discover all these felines that live nearby.
Posted by Guillaume at 22:56

Man, your neighbourhood is loaded with cats!

Have you ever read any books by Daniel Pinkwater? This post reminds me of one of his memoirs, "Fishwhistle". Good book, I think you'd like it.