The Stag as a pub's name 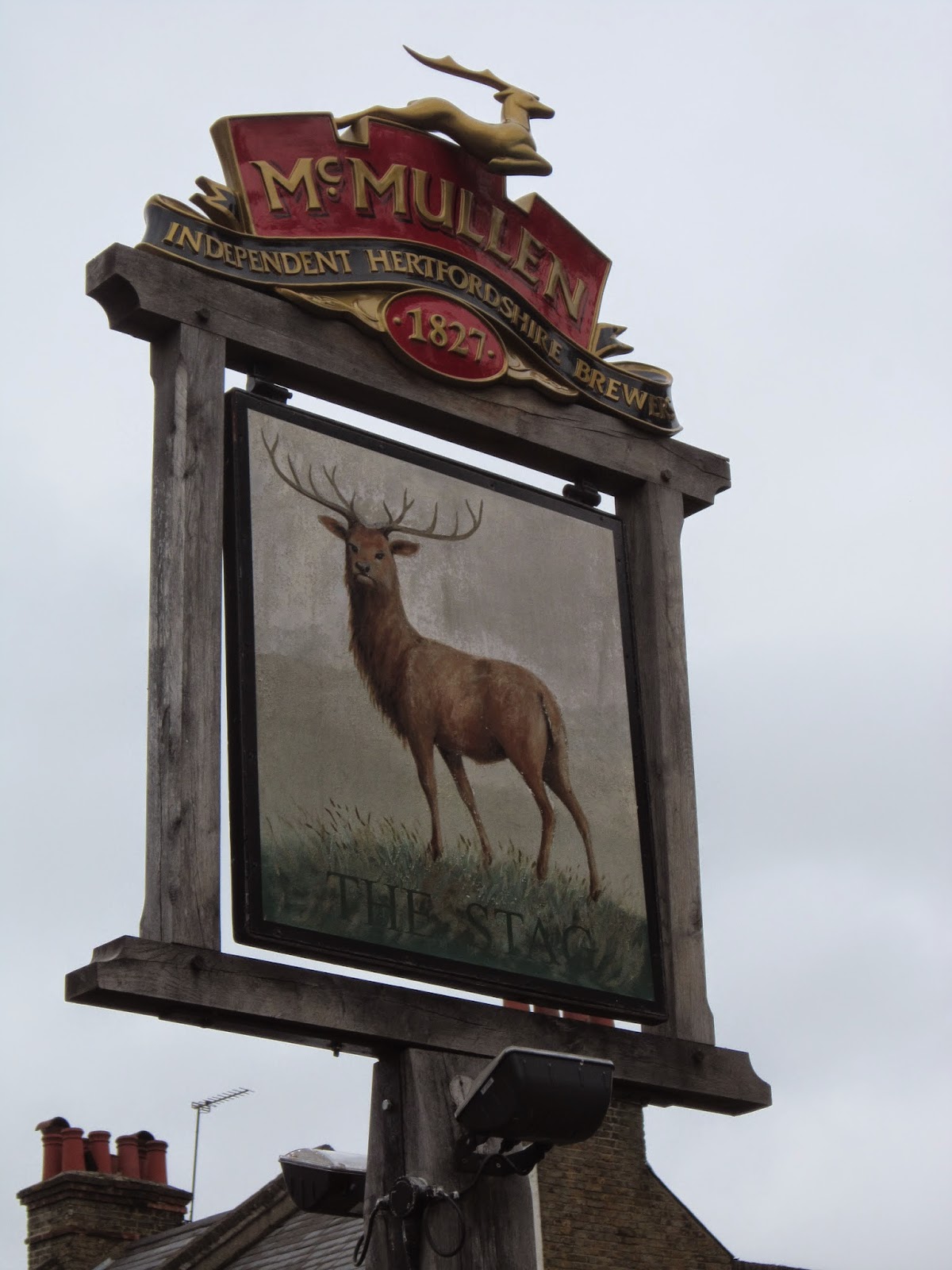 If you travel in England, you probably noticed that many pubs share the same name: the King's Head, the Queen's Head,the Red Lion, the Duke of Something or Other, George & Dragon, etc. Even when they are not part of a chain (Wetherspoon, Harvester), they have these very banal, generic names. Or even when they do belong to a chain, they have every single pub take one of these names to make themselves seem more local. Even though there is a pub with the same name almost everywhere. Some of these common name I don't like, some I find full of charm. The Stag is one of the latter. It is short, simple, it has a nice rustic ring to it and it is associated with wildlife and an animal I love (and not only on a plate). And a pub named The Stag often has a nice ensign of a... stag, which is worth the look. In this particular one, I was not really impressed with the food, it was nice enough but nothing outstanding (maybe next time I should check if they have venison), but what an ensign. I guess it is like judging a book by its cover, but the appearance of the pub, its architecture and ensign, in sum its overall aesthetic, is an important part of the experience.
Posted by Guillaume at 12:24

I wonder if the word "stagger" comes from seeing drunks rolling out of pubs called "The Stag"?

i agree with you...the sign would have drawn me in! i love debra's sense of humor!

@Debra-Good question. Maybe it has more to do with "stag nights", when the future groom usually gets seriously drunk.
@Jaz-Sadly the meal was not as good as the sign, but still, what a sight.