A home without a cat 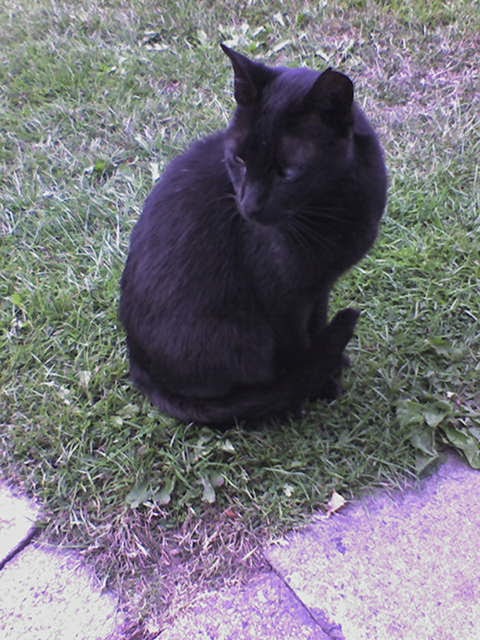 I was thinking about it when I wrote this post yesterday, about the petty, sometimes downright bizarre rules that we have to abide to to live in this flat. I understand the rules sometimes have to be strict, but hearing the loud banging of people working here yesterday and today, from early in the morning until late in the evening, really made me think those rules are bend, if not thrown out altogether, by some owners as they seem fit, while they hypocritically ask everyone else to follow them. I reread the rules concerning animals and I would have laughed had it not been for me a subject of anger, when someone tried to interpret them in a draconian way (more here and here). So we are not allowed to keep, or to allow even on the community property and I quote (and note the absence of commas): "any cat dog bird or any live animal so as to be a nuisance or annoyances to the owners or occupiers".

I was rereading this, and I was flabbergasted. Written like this, it means not only not owning pets, but not suffering any kind of animal outside the block itself, in the communal garden. Which means I guess the birds in the garden should be shut down too. I sometimes wonder if the evil witch who left not so long ago actually wrote it. It sounds so damn austere and very much like the words she would use. The same witch who wouldn't let Odin in the garden and was accusing him of attracting vermin (?) sometimes did drilling in her flat in the middle of the night. Double standards, double interpretation of the rules. Anyway, it angers me. A home without a cat is no true home.
Posted by Guillaume at 13:02

this is why i hated renting. i still have trouble with neighbors though. i've lived here almost 30 years. new neighbors moved in next door and sent us a list of 'their' rules for us. #1 was to stop teddy's barking. teddy barks for 10 minutes at night when all the other dogs in the neighborhood bark. other than that, she is absolutely quiet. we no longer entertain and there is zero noise from our property. these people have regular parties in their driveway on the other side of our fence. and this is the guy that killed our huge silver maple. ugh...people sometimes!

I did not mind renting, not that much anyway, until I lost Odin.

I am truly a cat lover, though we are presently without one as it has been almost a year since we lost our 21-year old cat, Shadow. :(

The covenant for our small residential development specify "residents may have no swine nor fowl, though a horse or a cow and her calf may be permitted." We have a little over an acre.