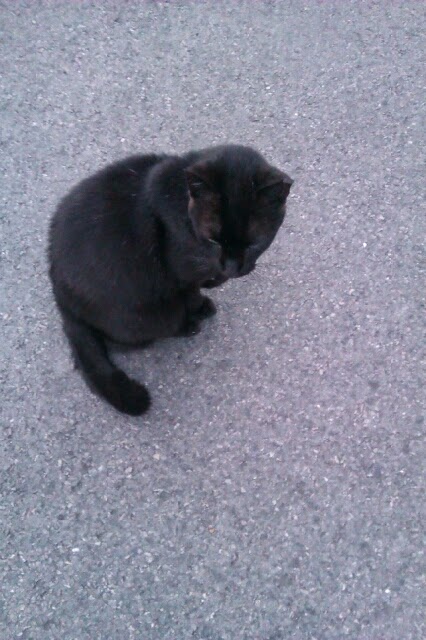 It occured to me today that on the same date a year ago I saw Odin for the first time. I was walking back from the fish and chips shop and he came to me meowing loudly, asking for a piece of the fish I think. He struck me with his white eye, his silky black fur and the marks of what I thought had been a rough life astray. He came back to the garden and shortly after this first meeting I named him Odin. I will not rewrite the whole Odin saga in one post, but long story short he became our cat. Not for very long as he died tragically, but for a little while I had a little feline friend of my own. I am a cat person, I knew it before, but never experienced it as much as when I learned to know Odin. And today is our meeting anniversary and I wanted to commemorate it.
Posted by Guillaume at 18:17

you sure loved that cat and every cat deserves to be loved!

I hope I don't blog too often about him, but he was indeed a lovable cat and sometimes I just love sharing the memories.