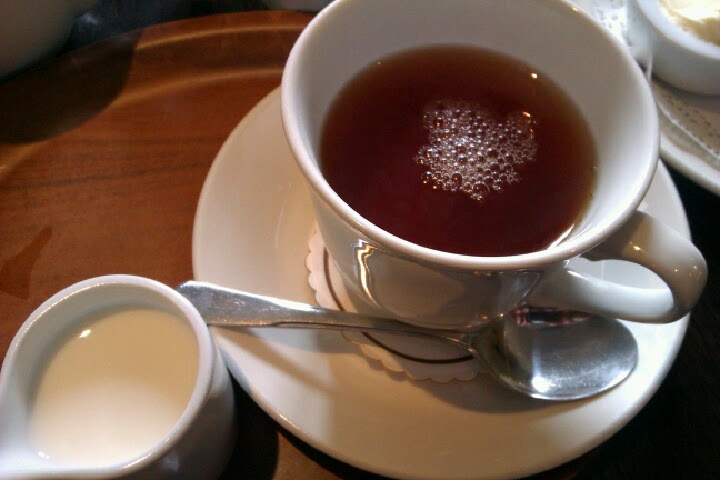 I had this yesterday, in a local café. Cream tea an English tradition that is lovely in itself (a specialty from Devon and Cornwall, according to Wikipedia), but also made me survived starvation quite a few times, when I had a very late breakfast (say around lunchtime) and did not bother eating anything before going out. So I ended up having something sweet in the middle or late afternoon. But tea has energizing virtues, so it is fine. 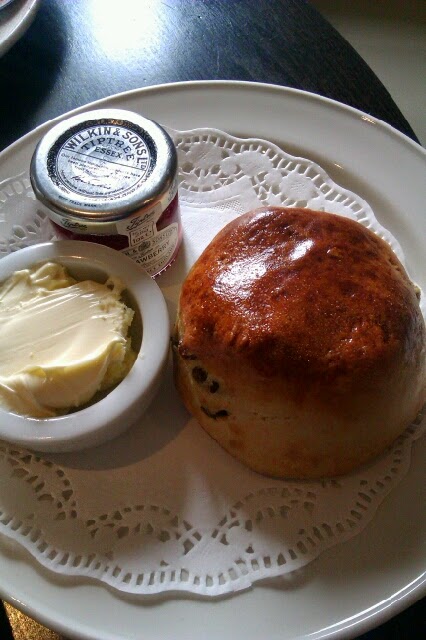 So in the café, they were offering Yorkshire tea with a home-made scone, with some jam (strawberry jam) and clotted cream. It fills you enough for a few hours and it is delicious. That said maybe one scone was not enough as I was still hungry after it. I think I would have had two. There were other offers, with much larger plates with either sandwiches or an array of cakes, but I did not want to fill myself until bedtime. I know it is an afternoon snack, but cream tea makes for a perfect breakfast. Anyway, this was my little venture in an old English tradition. I should do it more often.
Posted by Guillaume at 11:22