A murder of crows in the branches 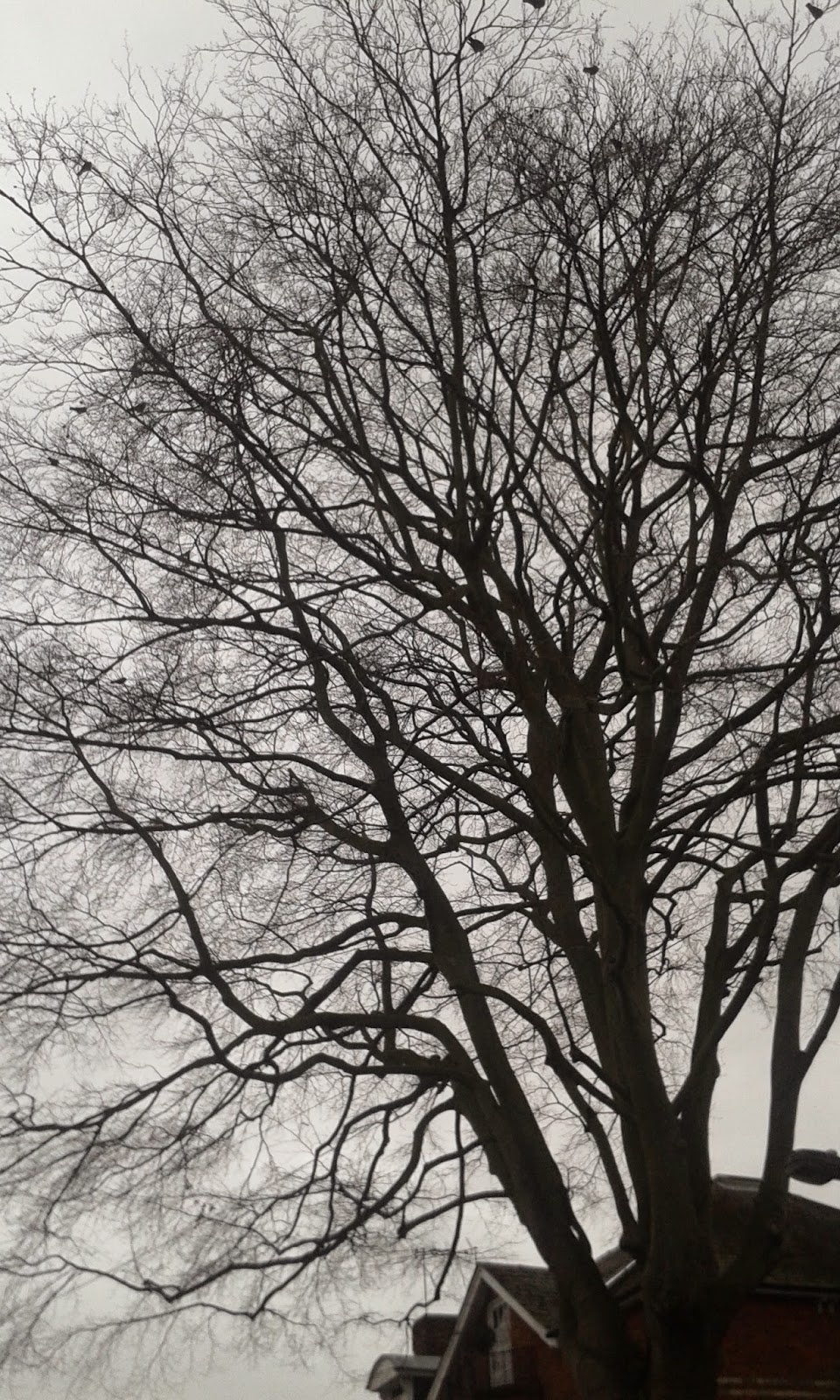 I took this picture today, which was a dark and gloomy March day. This is maybe the most beautiful tree in town. It is big, old, tall (very tall in fact). About five years ago, I took a picture of it in May, which I blogged about here. It might be a beech tree. It is difficult to say for me, I know zilch about trees and this one is bare. When I first took picture of him, I had been impressed with the display of lights and shadows. Now, with the bare branches, it was mainly shadows, a tall dark blotch of ink on a grey sky. But like last time I took a picture of the tree and blogged about it, what also and especially made a strong impression on me were the crows cawing in its branches.

A gathering of crows is commonly called a congregation of crows, which has a rather austere and religious overtone, or a murder of crows, which has a rather sinister one. even though crows have an undeserved bad reputation, I prefer the sinister name. It just sounds better. And I always found the cry of crows to be sinister. It does have a kind of sharp beauty to it. And I do love to see and hear crows in branches like this.
Posted by Guillaume at 23:08

I love the Murder of Crows term, too.. They have been making lots of noise here too. Have you tried cawing to them.. I do and they answer back... but I don't know what we are saying to one another.

@Laurie-Thank you. The tree was far more impressive, the picture does not give it justice.
@Gwen-I might try to caw at them.