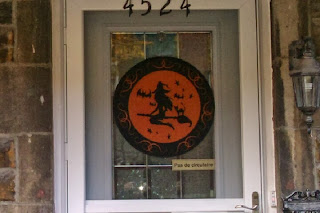 That said, nowadays, in horror stories, the witch is a relatively little used villain. I have a theory about the cause: for one, so called witches have been persecuted and massacred through centuries, burned at the stake (the Catholic way), hanged (the English way), tortured and so on and so forth. Nowadays, witchcraft is associated with neopaganism and their practitioners appear harmless, except for some fundamentalist Christians, hardly the stuff of nightmare anyway. I think it is a bit of a shame really. Because witches are wonderful villains, heck, they are wonderful characters, period. They have various appearances, sometimes beautiful and mysterious, sometimes ugly and deformed, they represent evil in all shapes and sizes, both the seductive, bewitching aspect, and the terrifying one. Same thing with the way they perform evil: they use poisons, curses, they spy, they scheme, in other words they are lying, hypocritical, treacherous villains, which makes them all the more despicable. There is a witch in this neighbourhood, so I know what I'm talking about. She may not poison (yet), but she certainly spies. And since she hates cats, this hag has no redeeming quality whatsoever. So I wish they would show up more in horror fiction. M.R. James did a great job in The Ash Tree, but even the witch was from another age. I would love a modern take on it (anybody has any reading suggestions?). I remember vividly a few childhood dreams about witches, maybe I should try myself at it. And there is the one living nearby, but this one is a bit too close to comfort.
Posted by Guillaume at 20:40

Great post! And I do agree. Witches are identified today as natural, earthy people rather than figures of fear.

You should watch American Horror Story - Coven , this season is about witches :)