This the season to be reading 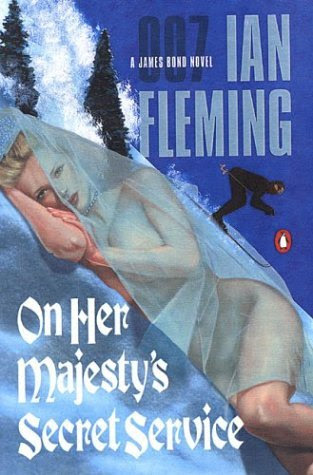 I try to read as much as I can during the Christmas season (I cannot really say Christmas holidays this year as I will not get much of them). I try as much as I can to read "seasonal". Books about Christmas, books I associate with Christmas, but also books set during Christmastime. I was lucky recently with Nick's Trip recently, but for me the quintessential Christmas novel is maybe On Her Majesty's Secret Service, which I read in December 2006.

I find it the perfect Christmas novel not only because it is set during Christmastime and in the Swiss Alps, but because the plot and the season blend together perfectly. You have Blofeld as the Satan/Bogeyman of the Bond world, trying to destroy in this time of abundance and excesses European food supplies: crop, poultry, etc. You have Blofeld wanting to gain a title of nobility, a sort of illegitimate king jealous of his power like Herod was in the Gospel (if not in history). You have Eros and Thanatos struggling over the novel, incessently (the Nativity story is in a way the story of a struggle between death and life, with the birth of Jesus and the massacre of the innocents both sides of the same coin), Bond finally committing himself in a monogamous relationship yet losing his bride straight after his wedding, forced to carry on his mission on Her Majesty's Secret Service. I enjoy the movie all right (it is among my Christmas movies, unsurprisingly), but I much prefer the book. I am reading at the moment another Bond novel, it is already enjoyable, but I wonder if it holds a candle to On Her Majesty's Secret Service, which is maybe my favourite. I might read it again next year.
Posted by Guillaume at 21:55