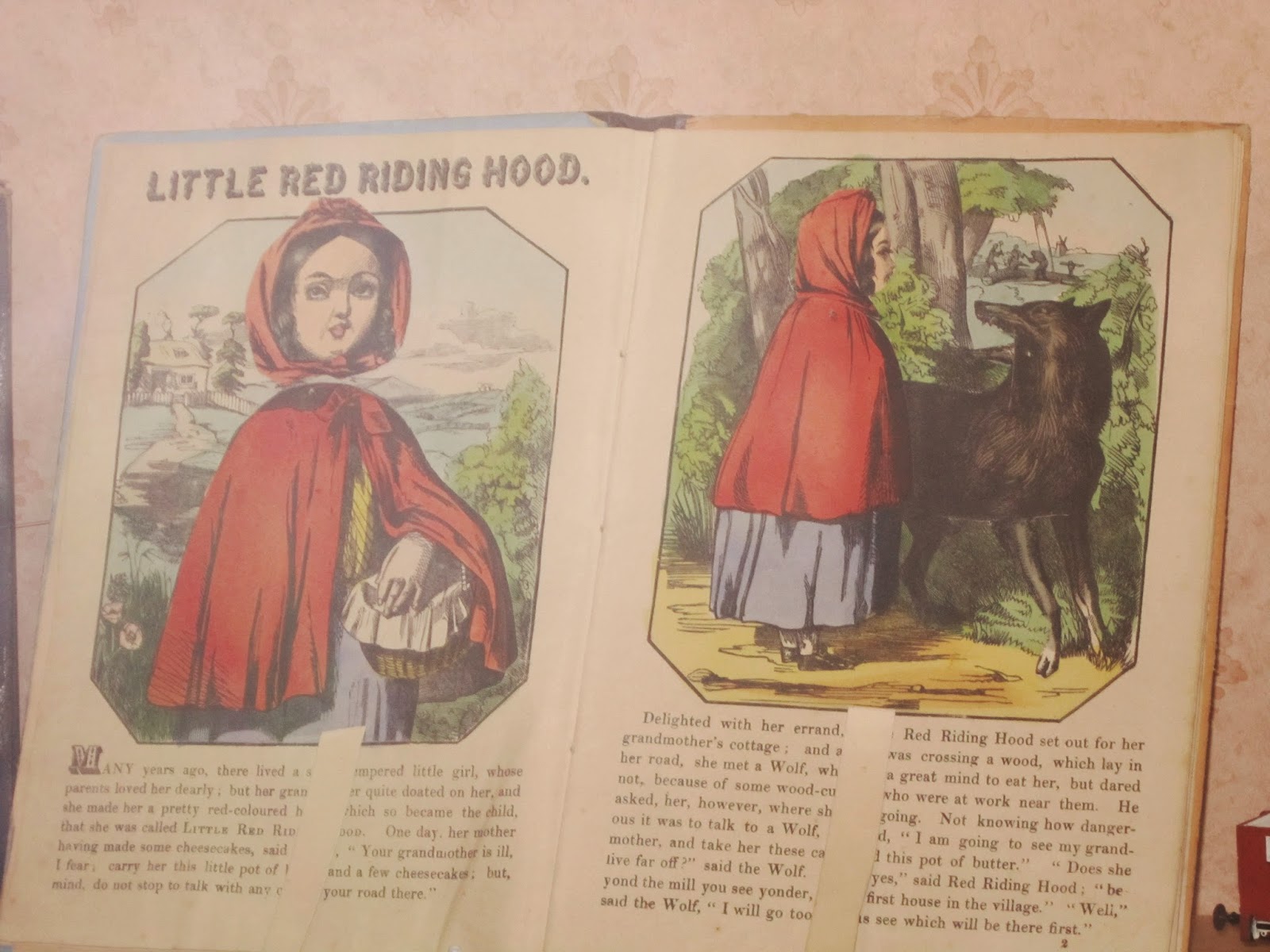 This picture was taken in the Totnes Museum during my last holiday in Devon and it will be used for tonight's countdown to Halloween post. It is the center page of an old, old chidren book of fairytales. And let's face it: it is a horrid drawing, especially on the left hand side, with the floating head of Little Red Riding Hood. And the wolf looks like he has a beak instead of a mouth. But the ugliness of the drawing itself makes it scary. But anyway, I wanted to blog about the tale.

It is maybe my favourite fairytale and the one I loved most as a child. My early fascination to the tale was because of its antagonist: the hungry wolf who was both a ravenous beast and a soft spoken seducer, as well as a master of disguises. I loved the wolf so much, I believe the wolf of the tale became my first Halloween disguise when I went trick or treating, at the time I was little more than a toddler. There is still a picture of me as the big bad wolf somewhere. it was a rather poor costume: an old black cape with a hood and some fangs and blood my dad had done with makeup. Still, I felt terrifying. There is more to blog about the tale and I might do this in the next few weeks. But tonight all I can think of is this early Halloween memory.
Posted by Guillaume at 21:23

This is a delightful telling of childhood imagination. The story surely does have the ability to make young minds conjure up terror.
I bet you remember every minute of wearing that costume!

Wah wah wah, when I'm on the prowl and I hear your growl, I wanna howl, AWWWOOOOOooooooooo!

how we all survived those early fairytales is beyond me!

And you have a thing for those wolves of Norse mythology too, don't you? The wolf must be your spirit animal. It called you as a child.

Oohhhhmyyygoooood - what happened to Red's neck?!