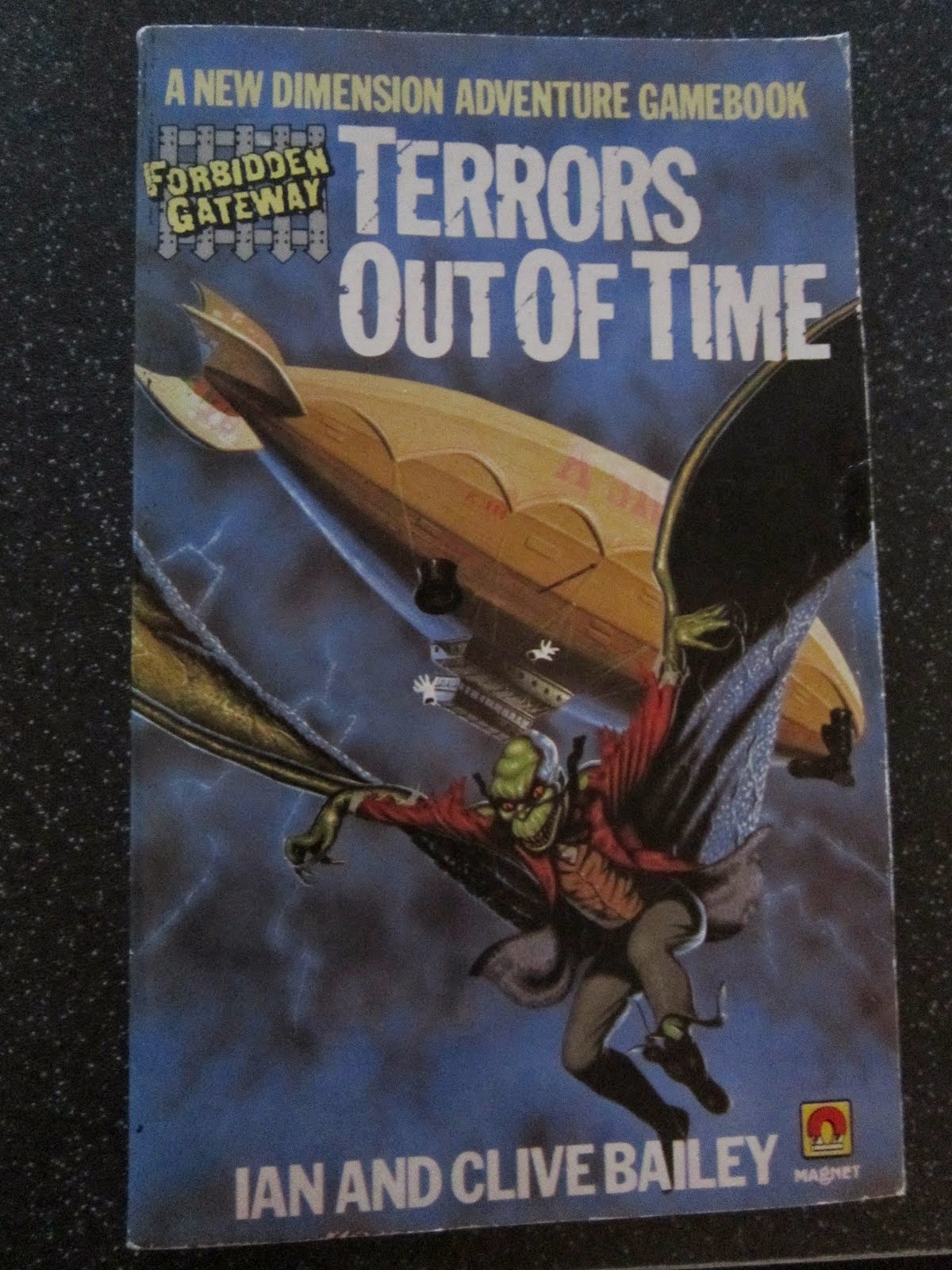 For tonight's countdown to Halloween post, I have decided to muse about the biggest city in Europe. I was in London last Monday and it was a dreary, ugly day and London looked as it often does dreary and ugly. I would even say sinister. The day before, I had flickered through Terrors Out of Time, which I blogged about here. It may have been because of it, but I half expected to see the sinister figure of Baron Ausbach from the gamebook (the one you see on the cover), or even Dracula walking by. We often forget that, while Stoker's most famous work starts in a Transylvanian castle, a lot of it is set later on in Victorian England, including London. It is basically a hunting ground for Dracula. The same happens in the gamebook I am so fond of: the story kickstart with a theft in London that leads the hero/player character into the British Museum, on the pursuit of the burglar. The burglar being... Baron Ausbach, pictured left.

So, while I love a good eerie forest, an abandoned castle, a haunted house in a village or simply a dark road in the countryside, modern cities have some appeal in horror stories. All urban violence aside, a city like London allows modernity to clash with the ancient, whether it is from its own history or foreign. In Dracula, London has among its dwellers an Eastern European aristocrat who is of course a vampire. The lights of the modern world are threatened by the occult, civilization by animal savagery. Baron Ausbach is also an Eastern aristocrat whose monstrosity is not even thinly disguised: he is reptilian in appearance. Oh and he brings back to life mummies in the British Museum. The cover of Terrors Out of Time is a perfect illustration of this clash between modernity and primitive evil. So next time you walk in a big city, thing about what may be dwelling in its sewers, its undergrounds, its parks, its buildings, old or new. And if you don't get a chill, go to London.
Posted by Guillaume at 21:29