About a black cat on Halloween 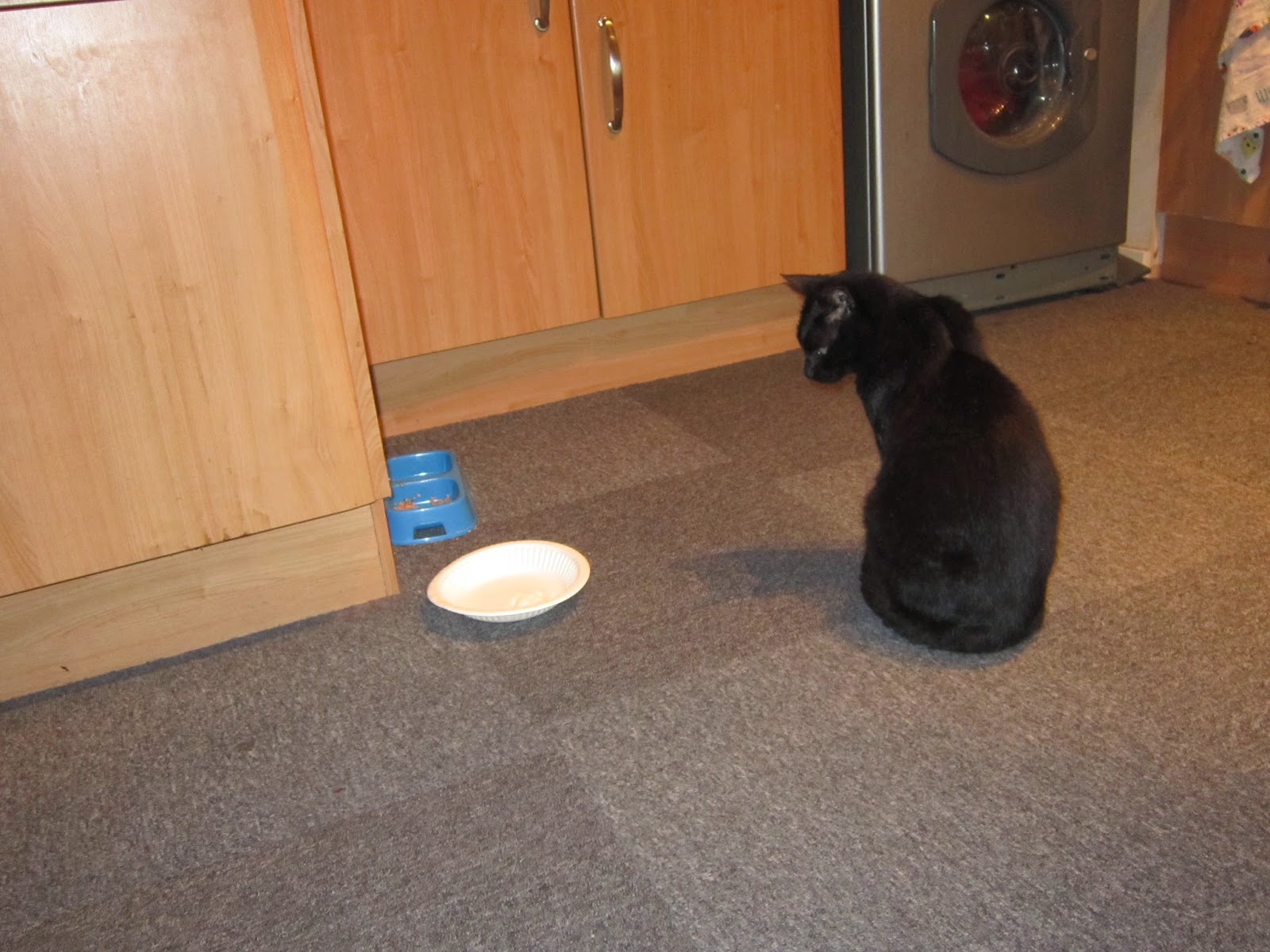 This is my countdown to Halloween post. A bittersweet one. Last year, I had here, throughout the whole weeks leading to Halloween, maybe the animal most associated with Halloween: a black cat named Odin. The regular readers know about him, how he died and how devastated I was when we lost him.  But for a few months, he was out cat and I had the happiness to celebrate last year's Halloween with him. My best Halloween in ages. Odin embodied Halloween: he was naughty, even devilish sometimes (in a good way) and gluttonous. Oh and very shadowy. However, witches disliked him. One witch anyway. Different even among black cats, because of distinctive left eye, all white because of a cataract, which gave him his name. I miss him a lot, now more than ever. Black cats have now bad reputation, but they used to be considered good luck. Odin certainly was good luck. If I ever adopt a cat again, it will have to be a black cat. And I had to mention Odin on at least one of my posts on the countdown to Halloween.
Posted by Guillaume at 19:08

i still think there is another odin out there searching for you!

It wouldn't surprise me if Odin doesn't come back and do a bit of haunting this Halloween. Wouldn't that be great?

Some people never get a chance to have a close relationship with an animal... so glad Odin connected with you in his short life. and glad to see him again.

What a nice post...and you're right everyone needs a black cat on Halloween, but they are also good the rest of the year too! I'm sorry he's not here to celebrate Halloween with you all this year, but he lives on in your fond post! Who knows, maybe another black cat will come to call soon! :o)

Thank you all for commenting about my beloved black cat. I do want to adopt one.

Being unable to access this site for several months, coupled with a hectic schedule, I was out-of-the-loop for quite a while. I missed the news about Odin's death, so my deepest condolences. As a regular reader, I had come to feel an attachment to the lil' guy, so I'm very sad to hear about his passing.

I too wish to adopt a black cat. Naturally, there is the association with Halloween and all things dark and mysterious, but I also want to take one on as a pet/family member for one simple reason: shelters have a harder time placing black cats than any other animal. Superstition still causes many to shun the ebony felines, and that is a damned shame. Of course, the very things that elicit fear in others are what make the black cat so appealing to me!! Superstitions be damned...when the time is right I shall find me a cat as black as midnight on a moonless night!

@The Gill-Man-Thank you for commenting and for your kind words! He was a sweet, amazing little fella. By the way I cannot comment on your blog anymore for some reason.

Yeah, Wendy told me she's having the same problem. I've been fiddling around to try to correct this, but nothing seems to work. I have a feeling it has something to do with blogger and Google+ being tied together, but I cannot say for certain. Hopefully, I'll get that straightened out before too long