A Viking's funeral for Odin 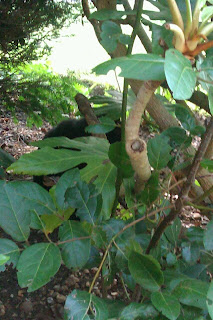 Since the recent and tragic death of my beloved feline friend Odin, I have been organizing his funerals with his owners. I cannot really get over it yet and I discovered that grieving is a long and rather demanding process. The saga of Odin as I called it, which I started without knowing back in May, took a lot of my time and thoughts, and even though its hero is now gone, I cannot bring myself to finish it. I guess sagas end in tragedies and funerals, Norse ones do anyway, with warriors going to Valhalla. They are pleasant reads, but this one came to an end too early, while there was still so much to write about. I will blog more about my friend, although now it will be painful.

So anyway, we have decided that Odin (or Homer as his owners call him) will be cremated by himself. Because we didn't want him to be mixed with other cats, as he always wanted exclusive attention in his life. This is partially why he left his owners' home for this garden, because everybody around here was ready to give him plenty of attention, cuddles, food and well love. Odin didn't have to share. So he will be cremated, then his ashes will be scattered over the bush he loved so much. In a way, it is a funeral for a Viking. Somehow, preparing his funerals reminded me of the movie The Vikings, this particular scene (spoiler alert: don't watch or read further if you haven't seen the film), when Erik played by Tony Curtis tells the other Vikings to prepare a funeral for his half-brother Einar, played by Kirk Douglas. "Prepare a funeral for a Viking." Erik said, after Einar died holding his sword, crying "Odin!" as his last fierce cry. I find Einar to be the true hero of the movie, even though he is evil. And like my Odin, he had a wounded left eye, all white. But Odin was not evil. He was the sweetest, most loving feline. I will write a eulogy here. It may sound silly, but he deserved nothing less. And he also deserve a Viking's funeral.
Posted by Guillaume at 21:25

Not silly at all, Guillaume....so sorry for your loss & sadness. X

What a perfect funeral you have planned! Very fitting indeed. Odin would approve.

so sad, my condolences to you, what a beautiful last goodby for Odin,