Disney: where are the male protagonists? 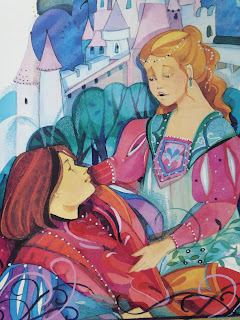 I took the picture you see from this book. It is not from a Disney movie, but it accompanies this topic very well. My wife recently went with little Wolfie to a special afternoon party for children, where songs from Disney movies were performed. Little girls far outnumbered little boys and they were all disguised as Disney princesses. And something struck her: there are no male characters that are the main protagonists anymore in Disney movies. From what we know, not since The Lion King. Even in Beauty and the Beast, when we'd think both male and female characters share equal billing, the story is told through the eyes of Belle. Maybe this is understandable: the tales they use as source material has female characters as leads, princesses mostly. And yes, I know in fiction, especially for children, too often women are passive and it's well and good that they have more active roles. Be that as it may, my wife finds it frustrating: she has a little boy, she loves Disney movies, she wished she could share this with him, but Disney movies now are made for a young female audience and their nostalgic mummies. And it didn't help that one of these precious little wannabe princesses pushed Wolfie repeatedly as she was dancing. My wife fears that, with so little male characters he can identify himself with, he'd end up bored seeing guys playing mostly second fiddles and will start watching Bond movies with his father instead.
Posted by Guillaume at 08:36

Fear not! Disney is in the process of remaking "The Sword in the Stone" as a live action film. Little Wolfie will soon have Wart, the future King Arthur, to emulate! On the other hand, I don't know if it's going to be a musical . . . I suspect not, but who knows?