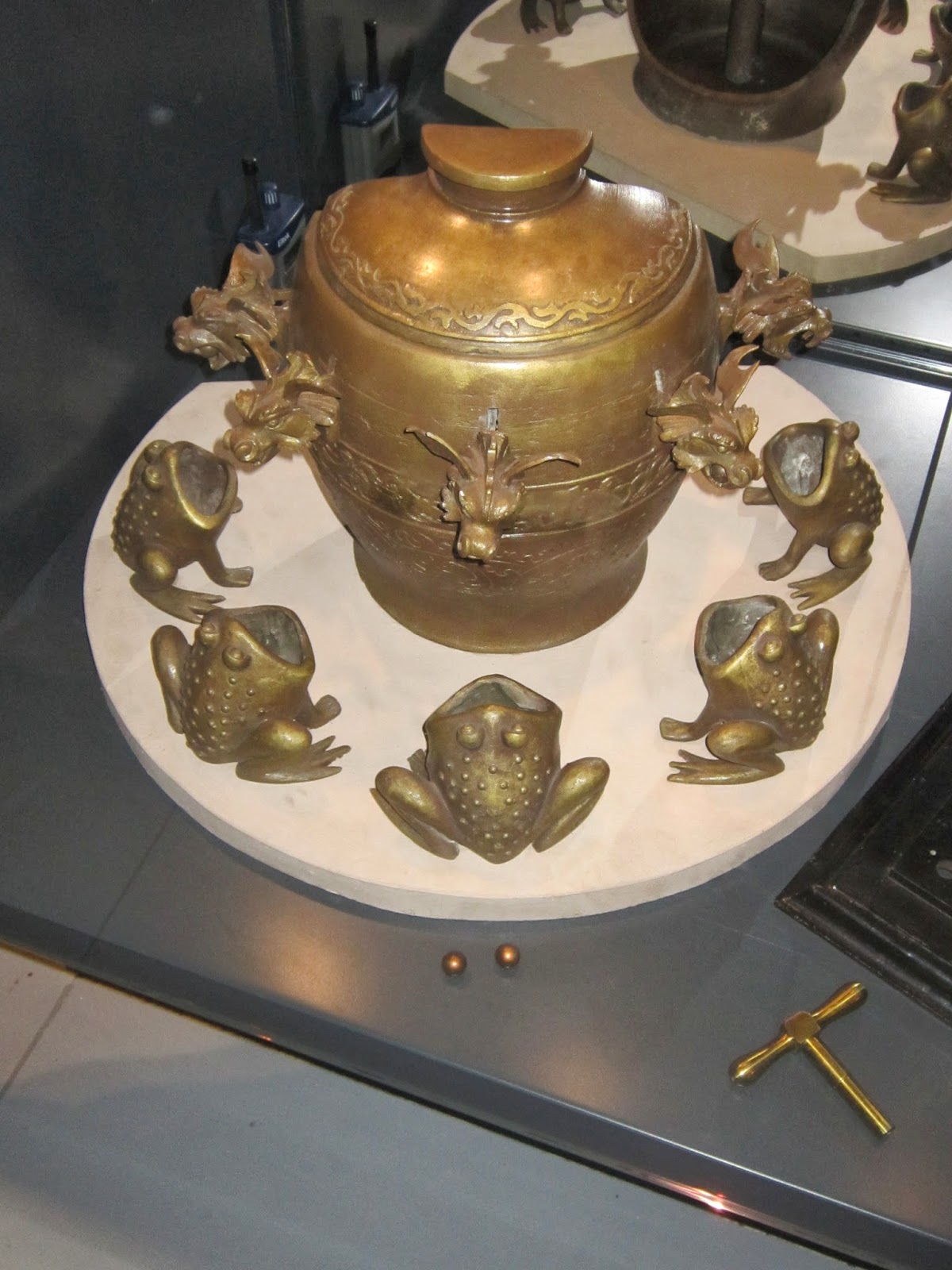 Here is another treasure I saw during my last visit to the Natural History Museum. It it is an ancient... seismomether. An earthquake detector. It is from China, and is maybe the earliest thing we had to identify earthquake. Basically, it is a vase made of bronze with dragon's heads carved in it and surrounded by toads. Each dragon's head was holding a bronze ball. When an earthquake was coming, one of the heads would let the ball drop, indicating where the earthquake was coming from. Simple and elegant. And since people thought at the time that earthquakes were supernatural phenomenons, I find it fitting that the Chinese used a dragon to indicate their coming. Old myths meeting scientific and technological progress. The NHM has many attractions, this one is lesser known, but it is one that I particularly loved. It is a artifact of early human creativity and curiosity.
Posted by Guillaume at 21:02

this is just so cool!

It's really a pretty object, I like the fact that it's useful and that it would sit nicely in one's living room :)

Did you know that the earthquake detector can record the exact same measurements of earthquakes just like the modern one!

This is amazing but I know more about it! If only you put in more information, this article or recount would have been great!