Why adopt black cats (and Odin) 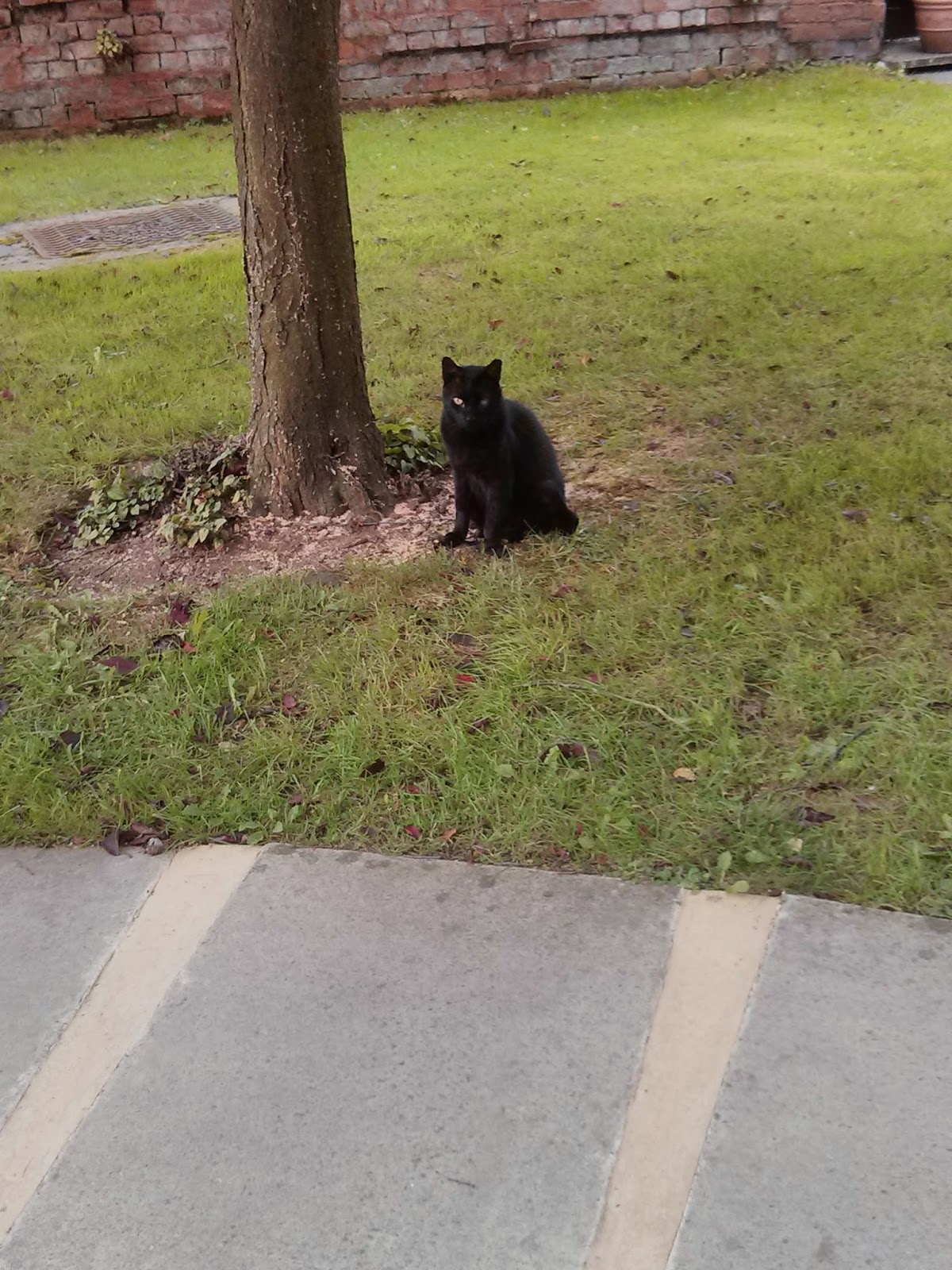 I have recently watched a video on YouTube, well a series of videos from this YouTuber, about their black cat Cole and their other cat Marmelade (nice names). Of course it reminded me of the time my cat Odin was alive. One of the videos shows a list of reasons to adopt black cats. They often have a bad reputation, an undeserved one. But I never felt like this towards them. The cat of my housemate in Liverpool was black and I had developed a strong bond with her (the cat, not the housemate). She was a precious black princess, her owner had not given her a name because cats don't answer to their name, but I had nicknamed the cat Miss Kitty. I did not love her nearly as much as I loved Odin though. He was of a different lot: more curious, more fierce, much less prone to claw or bite (Miss Kitty could quickly get irritated at the slightest false move). But they had something in common, of course, this beautiful velvety fur and a certain attitude, cooland assertive. I gave him the name Odin for a reason. Yes, he had the white eye and he had been scarred, he could look quite rough too (see the picture here). But he was every bit as assertive as his namesake and wanted humans to worship him. Black cats are the least likely cats to be adopted and this is really sad, even tragic. So I am posting this video to encourage my readers who love our feline friends to adopt black cats.

that was great, I have always love black cats,

We have a black cat at last. He is the most mellow and unselfishly friendly cat I've met. Good dude.

My neighbour has two black cats, I love seeing them in the window :)