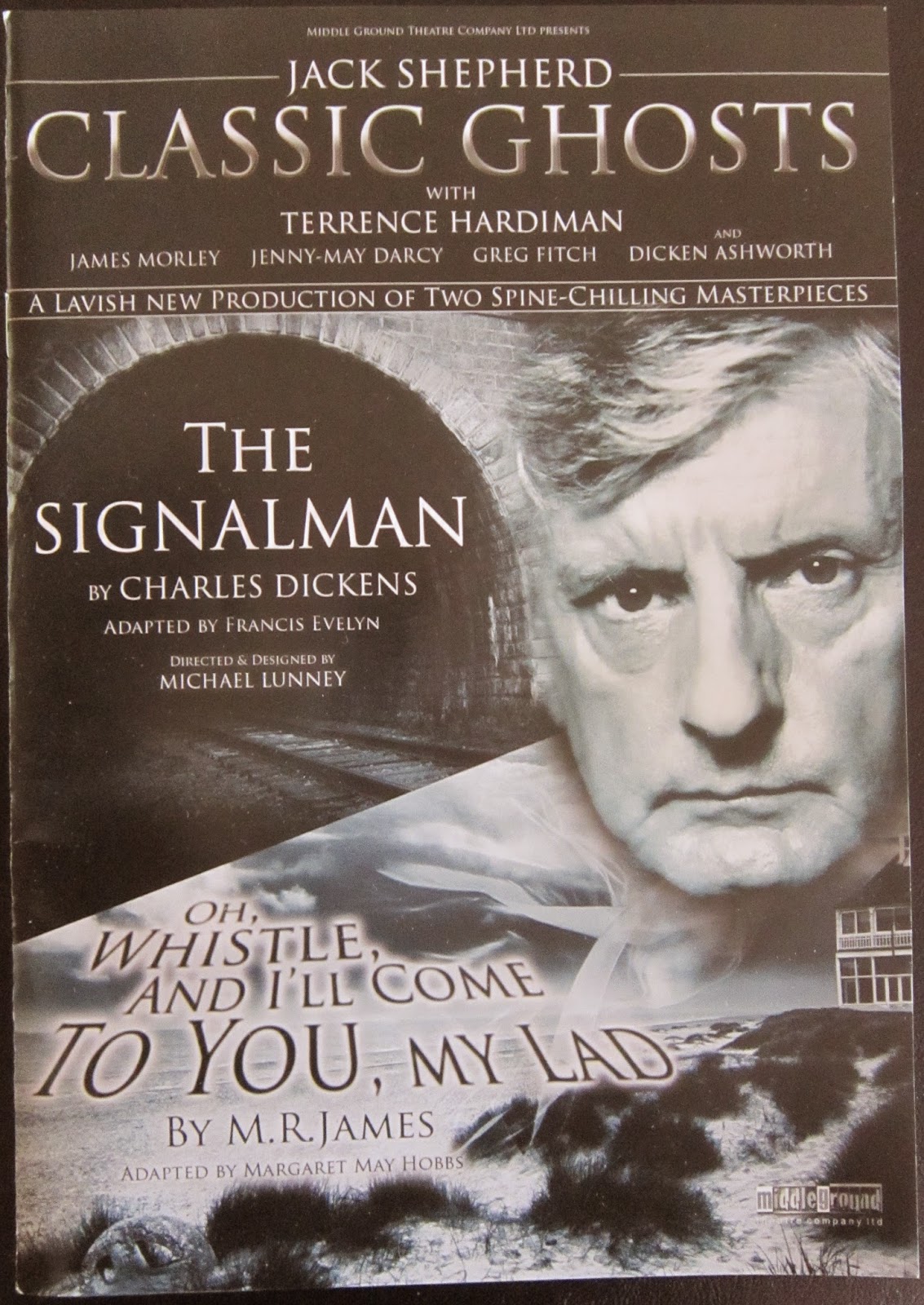 Well, this is not Halloween yet, but there is a good reason at any time of the year to enjoy a good ghost story. And let's not forget that you can prepare for Halloween months in advance, the same way you need to bake your Christmas pudding in the middle of Summer. So I prepare myself mentally for Halloween early, and when an occasion like this one arises I take it. So yes, I went to see two plays in a matinee performance, two ghost stories adapted for the stage: The Signal-Man by Charles Dickens (misspelled The Signalman for some reason) and Oh Whistle and I'll Come to You, My Lad by M.R. James. This was the first story I ever read of M.R James and it remains one of my favourite. The production was done by Middle Ground Theatre.

So what did I think of them? I have read mixed reviews afterwards, but I really enjoyed my time. Sure, there were some technical issues: the surrounding sounds in Oh Whistle often made the conversations difficult to hear for instance. There were also some minor changes to the short story which, however minor, were not necessary, for example the cliché cat showing up as a red herring in the middle of the play. But otherwise, I really enjoyed my time. The stage gives an extra dimension to the stories and its limitations as a medium force the production to be creative to create the proper atmosphere and create the manifestations of the supernatural convincingly. I found the special effects far more effective on stage yesterday than in many horror movies I watched. It doesn't need much: a shrouded figure, a wind blowing, lights getting off and some background music. I found the way Oh Whistle went from agoraphobic to claustrophobic atmosphere particularly effective and very similar to the original short story. I was less familiar to Dickens' story, obviously, but loved how he used a modern environment, the railway, and a modern mean of transport, the train, as the setting of a ghost story. So I enjoyed my afternoon and had a few pleasant chills.
Posted by Guillaume at 13:57

i start my halloween prep the day after the 4th of july. so i have roughly 4 months until i am in full halloween mode!

You are writing a wonderful review of the book.