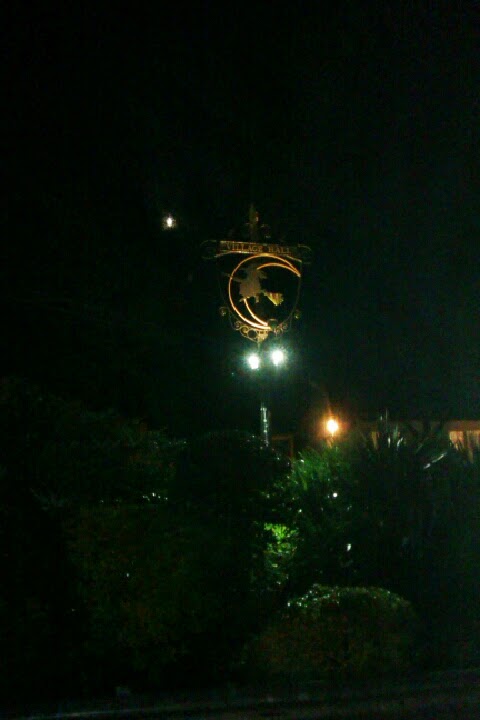 Tonight is Walpurgis Night. It is April's Halloween. And today would feel like it is Halloween if only because of the cold temperature outside. If it was not for the blossoming trees and the evening falling relatively late, well, it would certainly be a perfect Halloween night. But Walpurgis Night is its sister. The name means "witches night" and thus I have decided to upload a picture of the ensign of a nearby village hall. If it looks familiar, it is because I uploaded a picture of the same place last year. I haven't discovered why they have a witch as an emblem yet. Shame on me. But I intend to find out before Halloween this year and keep you posted.

Anyway, maybe it is because there are many witches dwelling in secret in the village. In which case, it would be the right place to go to celebrate: there would be a witch's coven tonight, where they dance in circle and meet devils and maybe Satan in person. You can see that my imagination is running wild. I might read a scary story tonight to celebrate. Since I don't think there is a witch's coven to crash in.And in any case, tonight also reminds us that it is only six months until Halloween. In a way, it is the first night of its countdown.

i need to know why they have that sign! half way there as of today! now is when i start to savor the countdown. i don't want to rush it!

I have never heard of this special observance during this month. Interesting insignia!