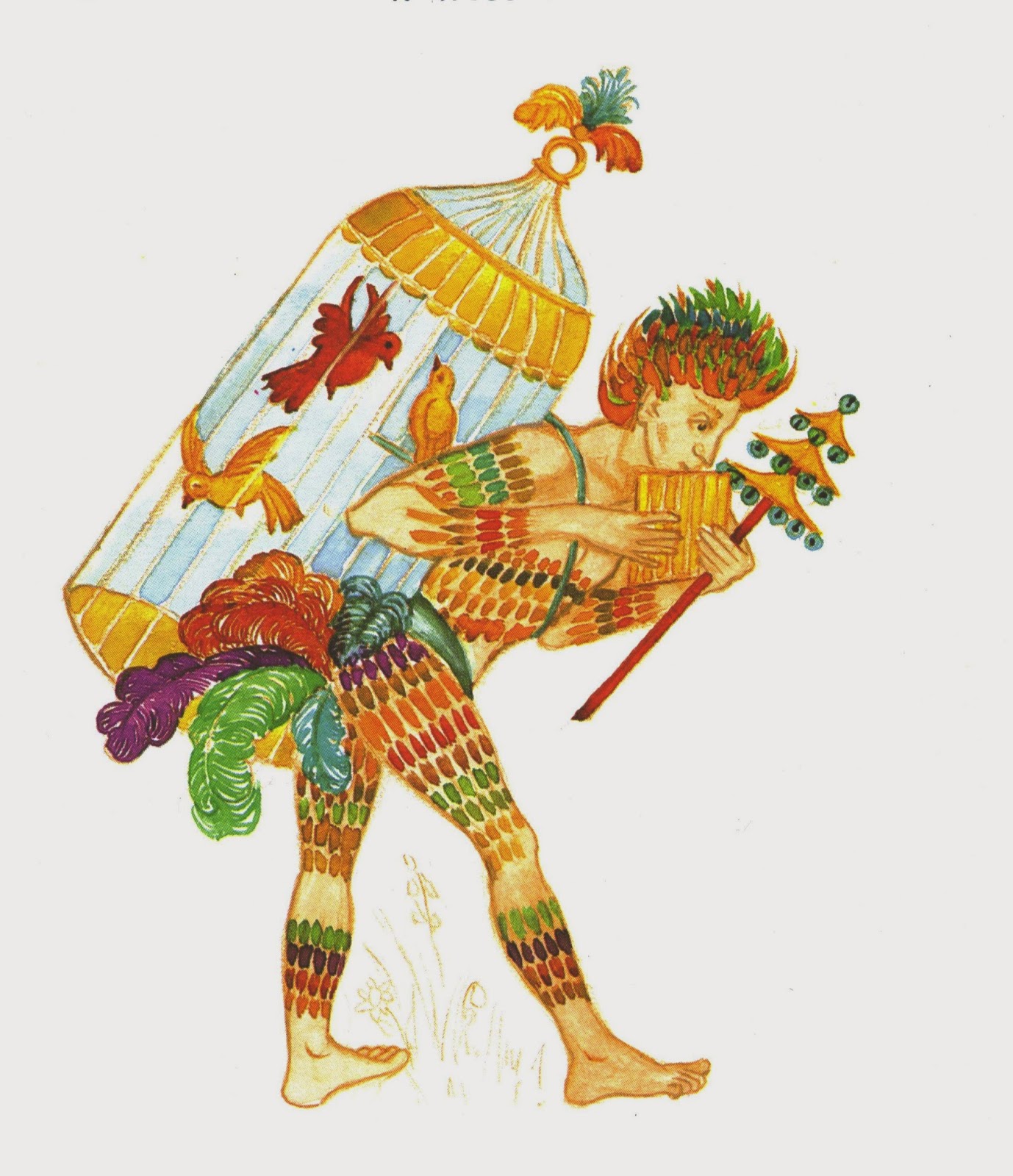 This is an image from an book (with disc I received on my birthday, Mozart raconté aux enfants. I blogged about it before. The images were absolutely beautiful. The book/disc was my very first introduction to Mozart and his work. This image was the very first look I had at Papageno, immortal character from The Magic Flute, the bird-catcher of the Queen of the Night. He became my favourite character of the whole opera. He is the most interesting one, as he has a proper story arch and a proper personality, with a good heart but not too virtuous. Papageno is flawed: he can get drunk, he can lie, he often lacks courage. But he is also not without qualities: he is certainly resourceful and he shows loyalty to his friends. And he is a baritone, which is just my voice. I did try myself as some of his arias when I was learning to sing, but I struggled far more with German than I ever did with Italian. So here is his introductory aria, sung by Simon Keenlyside. He captures very well the personality of Papageno, carefree, with a hint of melancholia, longing for a simple kind of happiness.