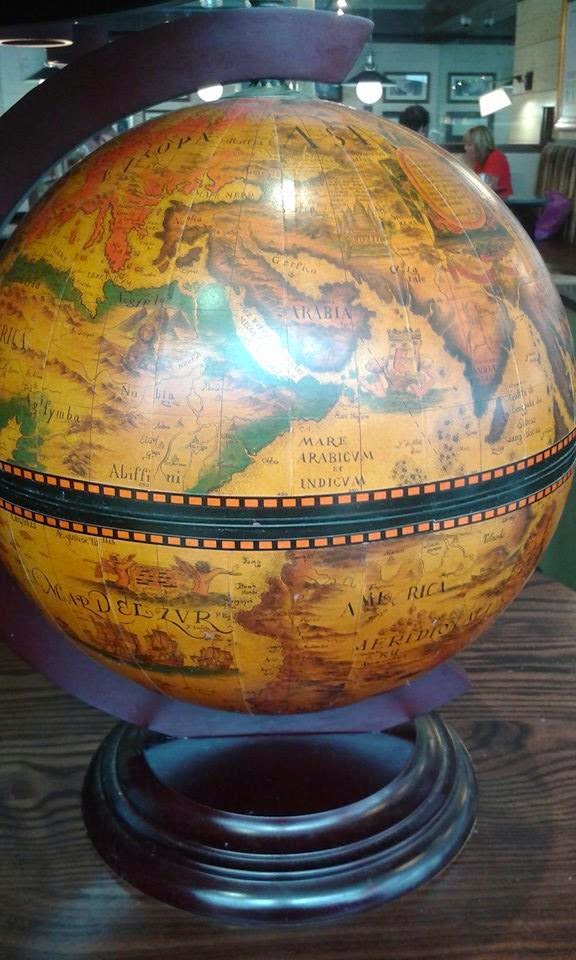 I took this picture very quickly at the Costa Coffee of Southampton Airport. We had a train to catch, so I could not waste any time. So it is not as good a pic as it could have been and I had little time to find the right angle. I often love Costa franchises, not for their coffee, because I don't like coffee, but because of the settings themselves. I think they often have character, far more for some reason than most coffee chains. Well, this one is an airport's coffeehouse, so I could not expect it to have much character, but there was this lovely terrestrial globe.

It is pretty easy to understand why I love this globe so much: it is old-fashioned, old-looking. And especially, in the spaces where oceans are, there are sea monsters that have been drawn. Sea monsters. Like in the ancient maps from ancient times. So it is a globe that is aesthetically pleasing, one that is very artsy. I would buy a globe like this one for here if there was any room for it.
Posted by Guillaume at 20:24

i have always been fascinated with globes. this is a very nice one!

Oh! I love that globe! Wish I had a place to display something that attractive!