Of bagels and Krav Maga 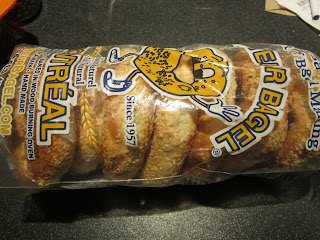 Since my last trip to Montreal, I have decided that I would share to the world, or at least the English world, a bit of Montreal's proudest achievement in gastronomic civilization: our prized bagels. The best in the world. To be more precise, the ones from St-Viateur Bagel. I have been praising their bagels everywhere, but especially to my class of Krav Maga, enough so my instructor asked me to bring back some for him. Which I did. The day I left Montreal, I had one last meal at St-Viateur on Mont-Royal Avenue, then I bought two dozens of bagels: one for my instructor and his family, one for my wife and I. 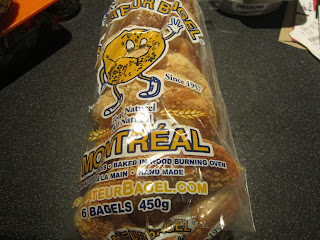 It is kind of a fitting way to show my gratitude towards my teacher, if you think about it: a Jewish martial art, maybe the perfect martial art in fact, the alpha and omega of martial arts, probably the greatest Jewish gastronomical invention, in its greatest incarnation (since Montreal bagels are the best in the world). My brother Andrew teased me about it, when I wore my Krav Maga tshirt in St-Viateur: "You're wearing a Jew martial art shirt in a Jewish restaurant eating Jewish food. You're really a Jew lover, aren't you?" Which is kind of true, I guess. And it deserves to be a new great unknown line. So anyway, in the end I only gave six bagels to my instructor: the other six had been squashed in the journey to England and while very edible I wanted to give him something that looked better. And I had not specified how many I'd give. And beside giving a dozen might have looked like I wanted to be the teacher's pet. So the first thing he asked when he saw me was: "Where are my bagels?" I gave them to him and made his teenage daughters (who do training too) promise that the family would eat it all. Next class, I learned that they were all gone. My instructor had half of them, saying they were "the best". Which did not surprise me in the least. Because they are indeed the best. So there you have it: I am now a complete albeit unofficial ambassador for St-Viateur Bagel and Montreal.
Posted by Guillaume at 21:11

Ambassador? Or evangelist? Can't blame you either way!