Rome in the Rain 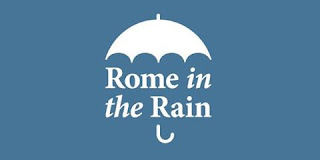 "Rome's just a city like anywhere else. A vastly overrated city, I'd say. It trades on belief just as Statford trades on Shakespeare."

I was recently plugging an upcoming exhibition held in Manchester by the Anthony Burgess Foundation, about Rome as seen through the eyes of Burgess and expressed in his writing.The above quote is just one aspect of the Eternal city he depicted. The exhibition is called "Rome in the Rain". As I mentioned in my previous post, it is the French title of Beard's Roman Women, one of my favourite novels of Burgess. I have recently learned (from Andrew Biswell) that Rome in the Rain was the title Burgess wanted for the book, but that the American publisher imposed another one. I never liked the official title. Anyway, I feel kind of vindicated that the upcoming exhibition will have the right title. So I am plugging the event again and its lovely evocative name.
Posted by Guillaume at 18:57

Yes, Rome does trade on belief. And on history too. And on a big dollop of art as well.

Would love to visit Rome! Never have been across the ocean, so the first stop would be England, of course.:-)