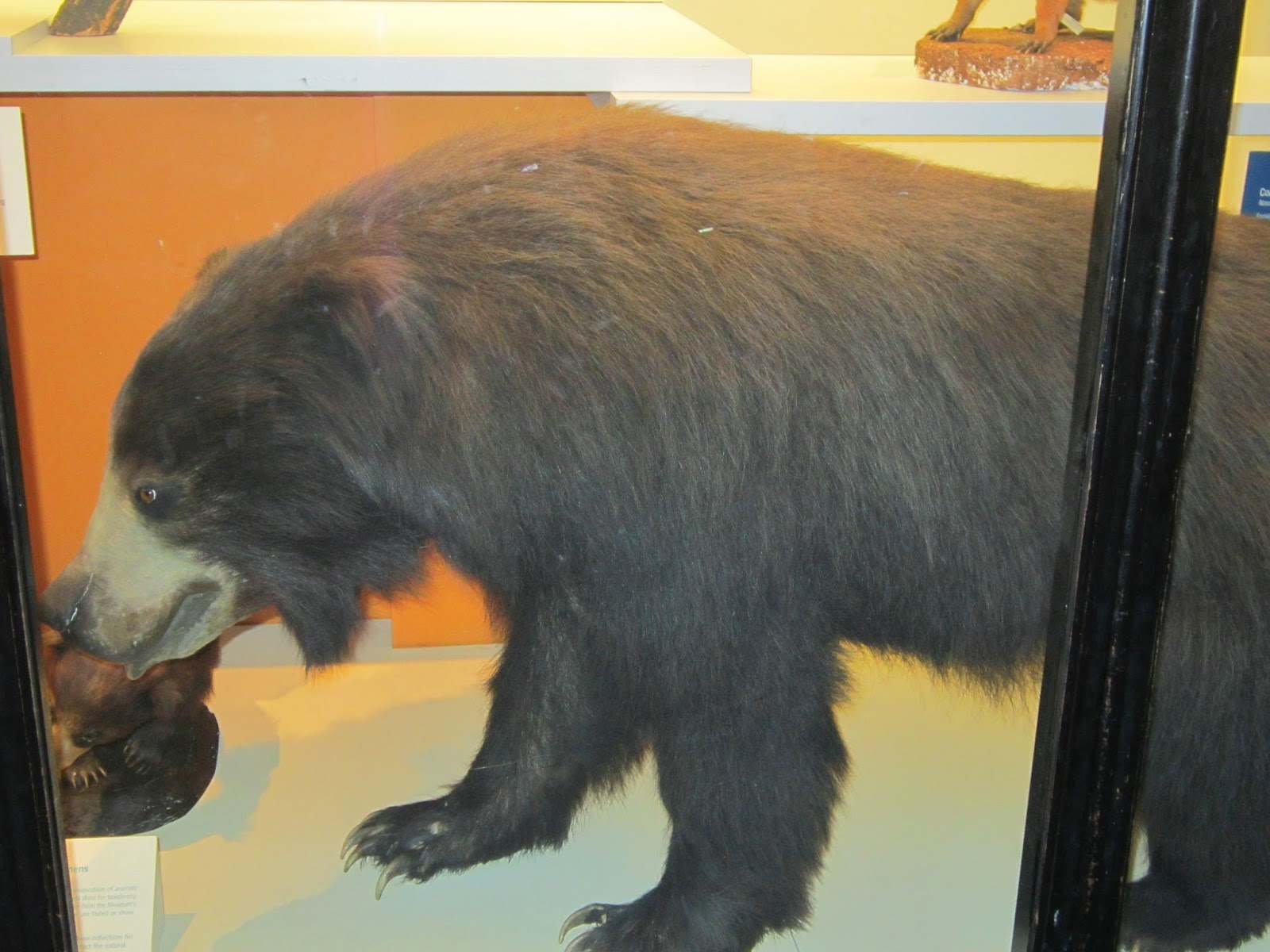 This is one of the many stuffed animals from the Natural History Museum. I think it is one of a black bear. The fur looks black enough anyway, although it could be another ursidae.His fur is quite worn out and his whole demeanour looks like he is an ancient animal.  The thing with the animals of the Natural History Museum is that they do not want new skins, to avoid hunting and thus useless killing of animals. So they kept the old, old stuffed animals on display. Like this one. But I love the fact not only that it is ethical taxidermy, but also the old look of the creatures. It gives them, and this black bear in particular, a certain charm. The bear, with his shaggy ashes colour fur and his big paws and his grumpy features looks a bit like a monster.

I am not saying this innocently: we once had a black bear skin by the fireplace in the family house, when I was a child. I don't know the whole history about it, I think my dad had trapped it, or maybe he had bought it, I am not sure. In any case, it was by the fireplace downstairs, a relatively small skin, but it looked enormous to me. I loved it and used it as n accessory to many make belief games, but it also gave me recurring nightmares. In my dreams, the skin was a live bear, except it was not quite a bear, it was something malevolent, with a mind developed as a man's mind could be. And interestingly enough, I never made the connection until I became an adult. And seeing the black bear of the museum, I immediately thought about it.
Posted by Guillaume at 22:44

Poor old bear. Bet he wishes he'd been turned into a Busby instead.