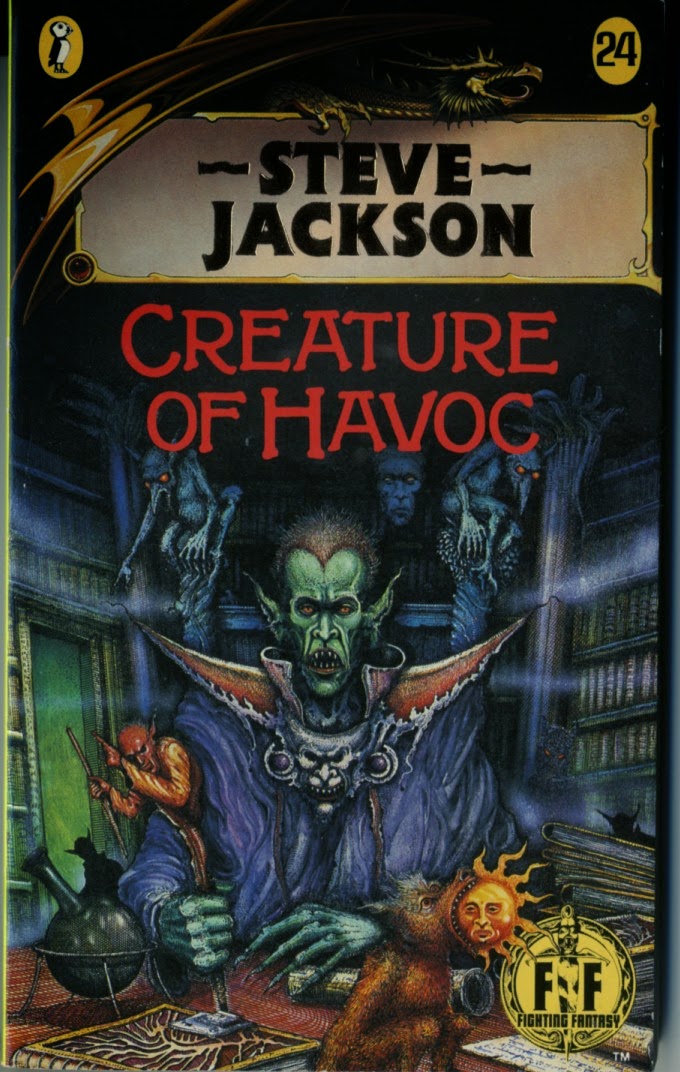 In my attempt to calm my longing for playing a good game of D&Dr and in the meantime reconnect with old childhood memories (as I am naturally a nostalgic person) I have started reading a new Fighting Fantasy Gamebook, another classis of the genre: Creature of Havoc. This one is all new to me, I never played it as a child. That said, I was always very curious about it. You can see on the left-hand side the cover of one the early editions, which is not the edition I have. But this is the cover that got me curious about it as a child. This is a medieval fantasy adventure mixed with elements of Frankenstein, where you played a mindless monster who does not know who or what it is, where it is or what is the meaning its existence. It is supposed to be one of the most complex ones, and one of the most difficult.

It is also one with the longest introductions, with a story that belongs as much in a medieval fantasy novel than a mere gamebook, worth in itself the purchase. I play these books not merely to win, but also and especially for the atmosphere, the settings, the naive history. Creature of Havoc has plenty of everything. So far anyway. I absolutely loved the backstory of the introduction, with many characters and places developed and explained. I compared this to a novel, in a way the could easily become a novel, and an epic one at that. So far, so good, in sum. I intend to blog more about it. Until then, you have this creepy cover to enjoy.
Posted by Guillaume at 21:41