An eulogy for Sky 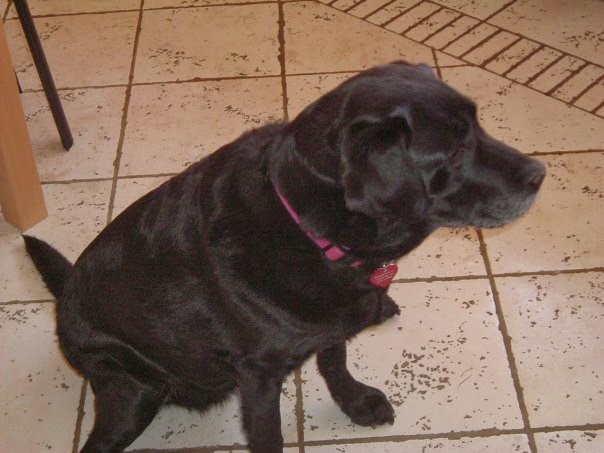 Here is a bit of sad news today: I learned that Sky, the dog of my family-in-law had died. She was very old, 17 years old, and had been very sick for quite a while. It saddened me, although not as much as when I suddenly lost Odin. Strangely enough, I only blogged about her once. I am more of a cat person, but of all dogs I've ever known it was Sky I had the closest relationship with. Years ago, in 2006, when I was unemployed and I had plenty of free time squatting at the in-laws, I walked Sky every day. It gave the both of us a good exercise: I lost a few pounds in these months. Sky was also a champion of emotional blackmail, especially when it came to food: she was barking loudly, whining, until you gave her a piece of what you were eating, preparing... or a biscuit, or a piece of food. My favourite anecdote is one about raspberries. I was picking them in the then in-laws' garden, when one fell down on the pavement. I offered it to Sky, who sniffed it, but didn't eat it. I thought this was it, for once there was one piece of food she didn't like... Until a few days later, I saw her biting the raspberry plant, eating whatever berry she could find that was ripe enough. My fault entirely. Anyway, Sky was an adorable, playful Labrador dog, always curious, always greedy, always affectionate.
Posted by Guillaume at 21:35

so sorry about sky. that is a long time to live for a dog. my collie used to eat blackberries off the plant went we went blackberry picking.

that is sad. animals are part of the family. they love unconditionally. we can learn everything we need to know of love from dogs. in fact the more i get to know some people, the better i love my dog:-)