Medusa and a birthday memory 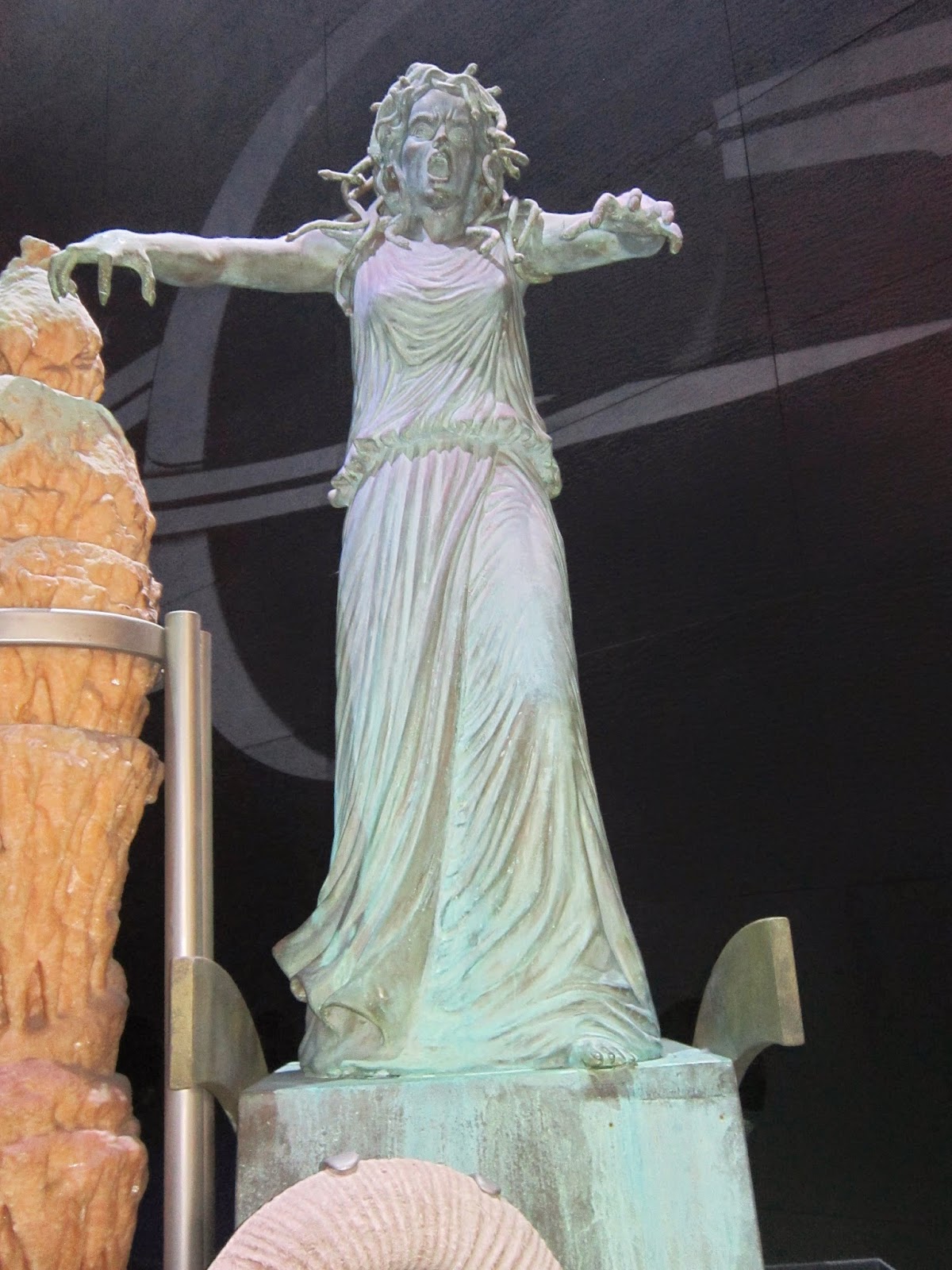 This picture was taken at the Natural History Museum, it is from a section that was still uncompleted when I went, showing the statue of Medusa next to a earthly(volcanic?) phenomenon. I do not know exactly what the section will look like and what exactly it will be about, although I assume it will show how natural phenomenons may be at the origins of old myths such as this one. In any case, I found the statue of Medusa very impressive. I grew fond of Greek mythology in general and the myth of Medusa and Perseus in particular watching Clash of the Titans as a child. Then I knew very little about Greek mythology, but the movie gave me a crash course.