The ghost of Odin 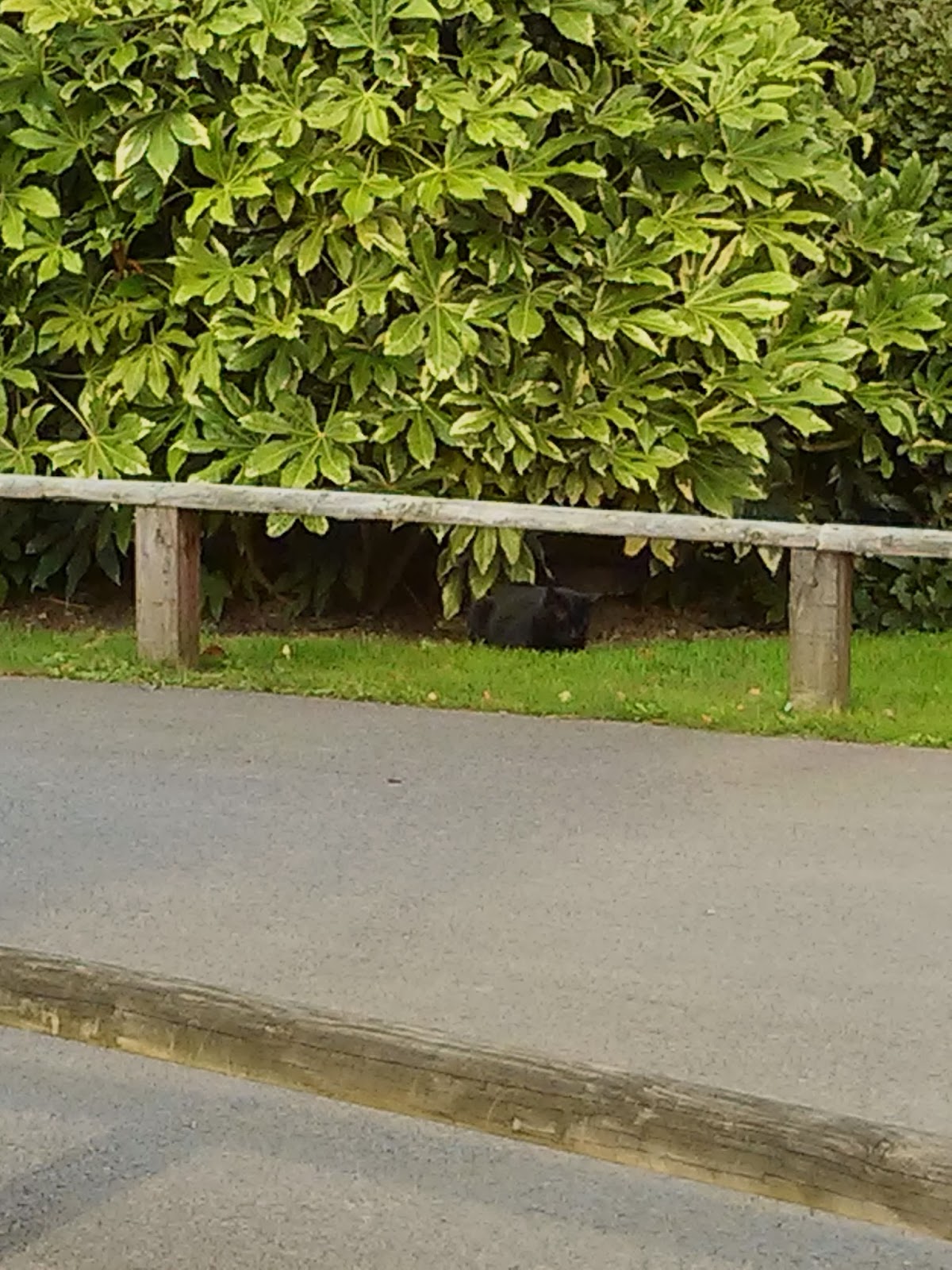 Yesterday, as I was walking home, I saw one of the little children of the neighbourhood with his grandparents. The child is still a toddler and was pointing enthusiastically at the bush where Odin used to dwell. I had seen him before, a little German boy whose English is still limited. His father is a friend of Odin's former owners and the boy loved my feline friend, although Odin did not like him much. Odin was not downright hostile to children, in fact I had seen him quite sociable with children, but this one, shouting's very enthusiastically "Homer!" every time he saw Odin (for that was the name his owners gave him), got him quite weary. So anyway, the toddler was there, pointing at the bush, and his grandparents told me that he was "looking for the black cat".  So I had to tell them that the black cat was dead. The boy did not seem to understand when they told him, he was happy as ever and switched his attention to something else.

This chance encounter made me feel bittersweet. It reminds me that Odin is gone. But he is very much alive in this child's mind. I often stop by the bush myself, looking for him. I think the boy could probably see Odin in the shadows. I guess it is fitting that a black cat is now a bit of a ghost.
Posted by Guillaume at 19:36

He was such a sweet cat.