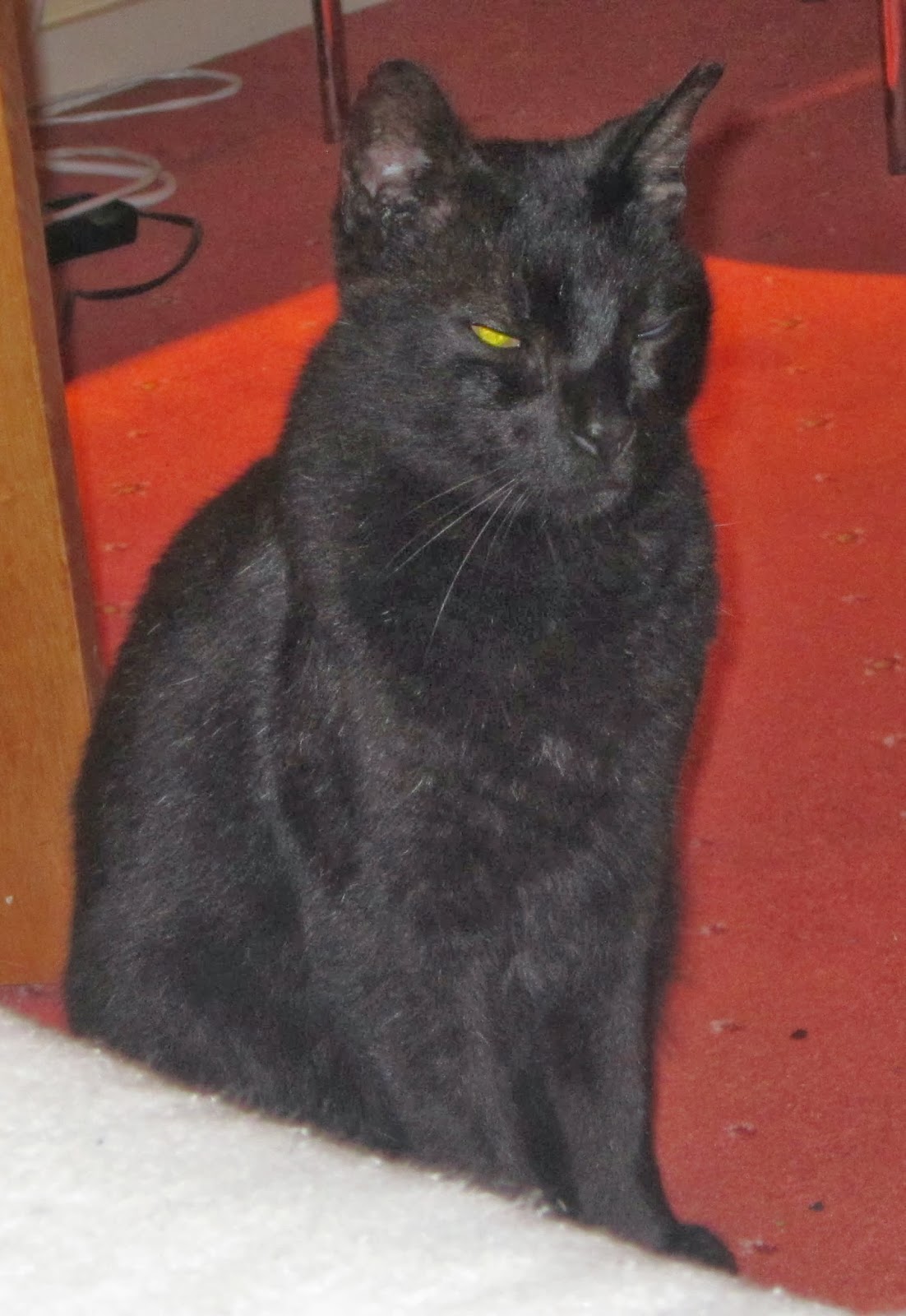 I did not blog about Odin for some time, nearly a month in fact, and I wished to do it tonight. I was looking at his pictures recently (I often do actually) and it struck me that I do not have many photos left of him that are unpublished. And I cannot take any anymore, and, more importantly, that since his tragic death, I cannot live memories of Odin anymore. Fate had put an end to the Odin saga, like it does every saga, I guess. And this makes me very sad. Yet, I still have memories of Odin which I wanted to share. Enough to write at least one post.

I took this picture as I was packing for my holiday in Montreal, back in October last year. He seemed, and was pretty indifferent to my departure, After I had put a few clothes in my bag, I was sitting down in the sofa and he just stared at me in silence. he was also indifferent when I got back. All he wanted to do was to spend time outside. So he did not seem to have missed me. Yet after he spent a few hours outside, when I took a nap to recover from a sleepless night traveling, he napped at my feet. Sometimes you are not conscious of your own bliss. Something else I wanted to write about him is his thing with catnip. He was given catnip at night so he would not meow endlessly asking to go out. Nights in were safer than nights out. So Odin got into catnip, but quickly grew out of it, his period of drugged bliss getting shorter and shorter every time... And then he wanted to go out again. Nevertheless, I bought more catnip. A woman at the till asked me what was catnip exactly, I said it was like speedball for cats. She asked what speedball was and I answered: "Heroin and cocaine mixture, very potent." I think it deserves to be a great unknown line. I mentioned Odin meowing, and I wanted to end this post talking about it. His former owners told that he was a pretty silent cat. I always found it strange, because he was meowing the moment I met him. He was also very vocal when he wanted to be in, or go out, or when he wanted attention, or food, or cuddles. He had become, as they say, a different cat.
Posted by Guillaume at 20:06

The meowing thing? My guess is that Odin just had a lot of stuff he wanted to tell you because you have a blog and would write it down for posterity.

I lost my cat a year ago and I still miss her a lot! Your post about Odin and catnip reminded me of her. She was funny, she didn't like catnip, it did nothing for her! She would just eat it like she would eat her regular food and then look at me like she was saying "really? that's the best you can do??" :)