The Greeks of The Wire 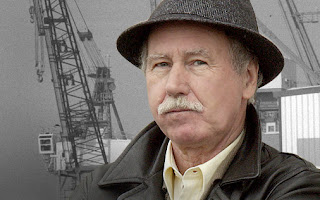 I was thinking about this post recently, and it struck me that the villains in The French Connection, especially Alain Charnier, inspired the The Greek criminal organisation in The Wire. Known as... The Greeks. Which is a bit of a misnomer, as while the leaders are Greek (or maybe not, see below) their staff is from various nationalities: from Ukraine, Israel, Eastern Europe. They control the port of Baltimore, and supply the country with stolen goods, alcohol, women and of course drugs. 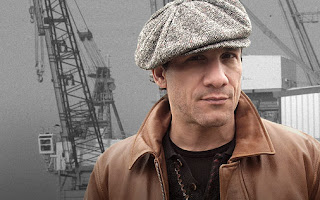 Their leader is known as The Greek, an elderly man who runs his shadowy empire from a small café near the port, where he sits around, inconspicuous, never talking when there are visitors. His second-in-command is Spiros Vondas, played by Paul Ben-Victor. At the end of season 2, we learn the Spiros's real name is not Spiros, and that The Greek is not even Greek. I love these villains. They are the most amoral characters of the whole series, the most ruthless too, in a series not short of ruthless people. Under their shopkeeper appearances, they are brutal thugs. For them crime is merely a business which has to be conduct methodically and rationally. This is what makes them resilient, this is what makes them dangerous. You can see what I mean here, in a nutshell, by the way they murder a Turkish sailor. Pure malevolence. More popular shows have tried to make memorable villains, but I have yet to see villains as evil as The Greeks of The Wire.
Posted by Guillaume at 18:47

Haven't seen The Wire. Is it reminiscent of The Sopranos? They pretty much pursued crime as a business too.