The things to do with a pumpkin 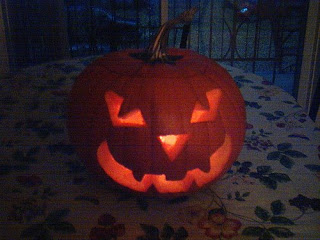 I know I already put this picture of Jack O'Lantern, but I am quite proud of the result, although my brother deserves at least as much credit for this 2004 version of Jack O'Lantern. Anyway, I thought I would make an entry about the various things you can do with a pumpkin. Even more so than the apple, this is the fruit of Halloween, obviously. On our Halloween parties at school, I used to eat the dry seed of pumpkins and we usually had some kind of pumpkin jam as well, which we would make ourselves. I always loved the smell of it, the flavour maybe not as much, but as I got older it grew on me.

When I was living in Québec, I used to drink around that time period the autumn beer of MacAuslan, wh 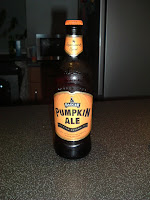 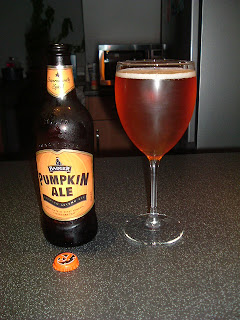 end, I drank a delicious pumpkin ale from the Badger Brewery. I am not a fan of their beers usually, nothing wrong with them, but I never liked it as much as other British microbreweries. It had a lovely orange colour, a bit like a fire on its last flames. I drank it like water (well almost), it was deliciously bitter, it tasted like an autumn drink should taste and it made me feel home. Drink wise, I don't need that much to feel home in England.

Then tonight, my wife and I ate a really 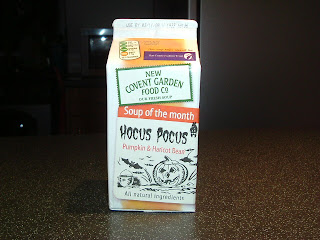 nice Covent Garden pumpkin and beans soup. I think soup is my favourite version of pumpkin product. With the right ingredients, it is perfect to warm you up on a perfect autumn day. When I was living in Liverpool, we threw a Halloween party (a few days after Halloween), and we had many many pumpkin 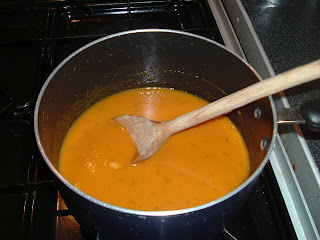 from one of the housemates who had a farm. We turned half of them into Jack O'Lanterns, then we were stuck with the other half, so another of my housemates (who became a very good friend), made a lot of pumpkin soup. I don't know exactly what she put in it, I know there were some spices and maybe some nutmeg, but anyway it 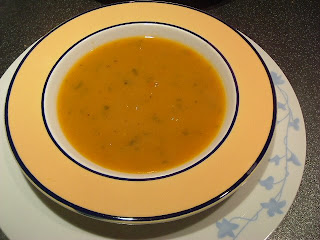 ended up being delicious. It was nice to have some soup that you just need to heat a bit to enjoy after a hard day of work and all the walking I was doing in cold and rainy Liverpool. This one was not as good and I certainly didn't suffer as much to fully appreciate it (I didn't spend as much time walking in the rain, which is not as cold as up there), but it was still good, very filling and quite healthy. So I appreciated it.
Posted by Guillaume at 19:35

That Pumpkin Ale sounds good - I read that it was available here for a limited time, but haven't found it yet. I'll have to look harder, I think.