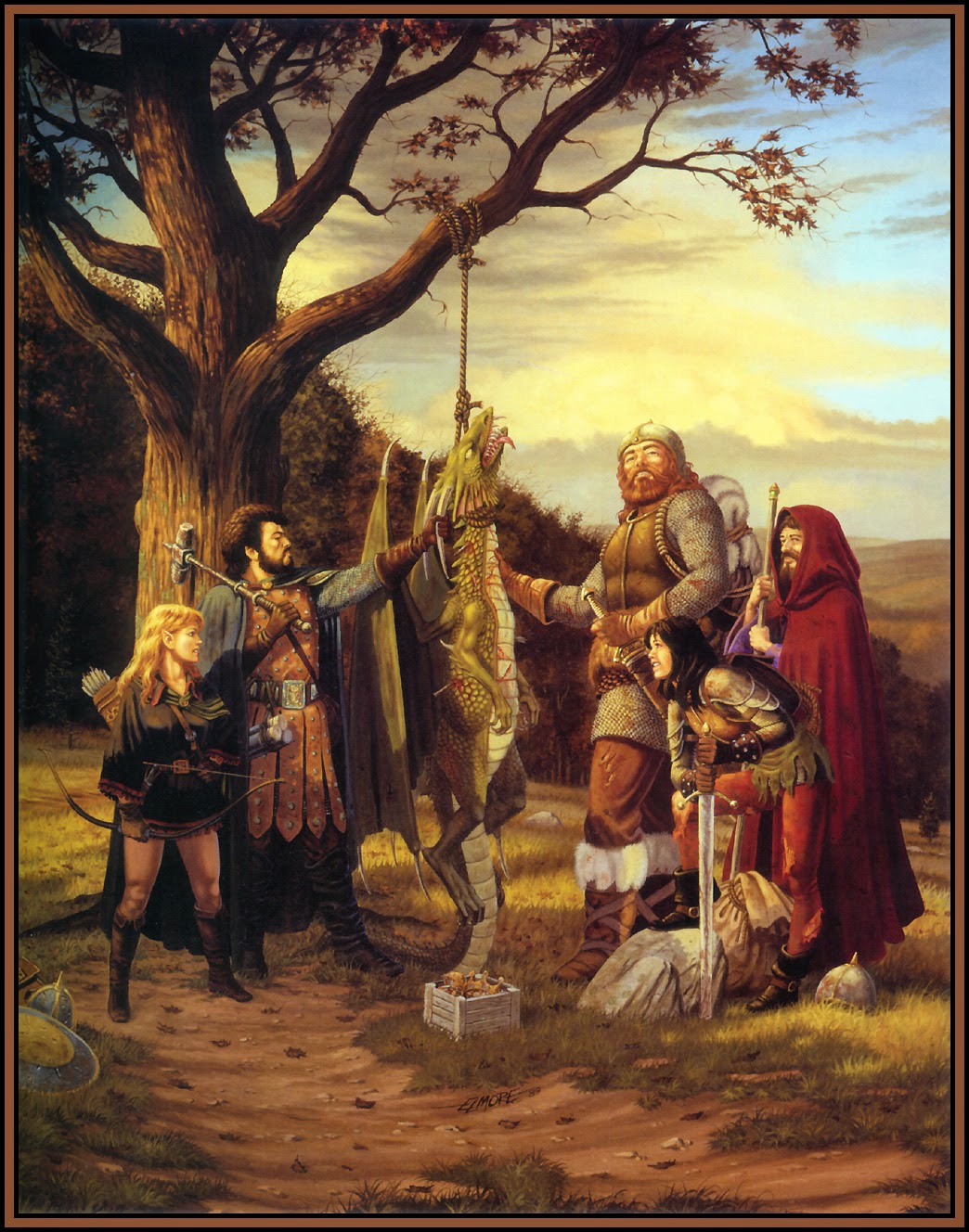 In the end, other things happened so I did not go to the autumnal walk. Not in the woods anyway, just in town. But I thought I would download an autumnal picture to put some colours on this blog. And it also struck me that I had not bothered... I mean told my readership about Dungeons & Dragons in a while. So I decided to do like last year and download an autumnal image from artist Larry Elmore which I associate with D&Dr. This one is called Dragon Slayers and Proud of It. Maybe one of my favourite of all his work. It has the forest in autumn in the background. But more interestingly, it is a hunting picture, with the green dragon instead of the deer and the bows, arrows and swords instead of guns. The two men by the dragon even look like modern hunters! You have here a classical D&Dr party: the fighters, the spellcaster and the priest (the one holding the warhammer, it is a dead giveaway he is a priest). Oh and you even have the treasure of the creature, a small amount of golden jewelry.

Like I mentioned last year, our first quest as a party (which was very different than this one, both in number and in character classes) was mainly set in a forest, in autumn. I think my brother PJ, who was the Dungeon Master, must have been influenced by this image: we had to fight at the very end of the adventure a dragon (although a black one) and he had plenty of gold and jewellery in treasure chests scattered around the room where he was dwelling. It was the first dragon we killed, becoming thus dragon slayers. Every time I look at this picture, I think about it.
Posted by Guillaume at 19:34