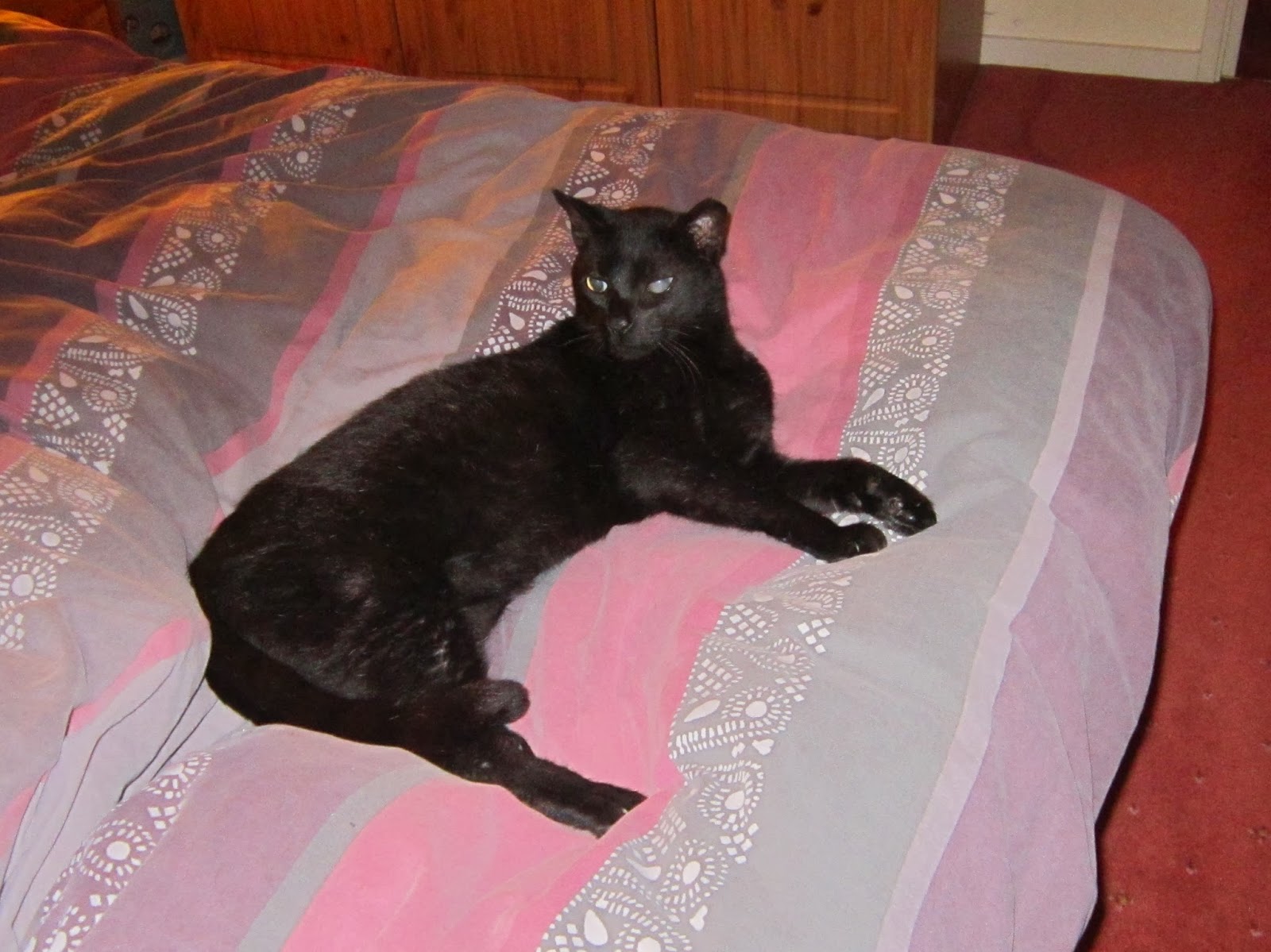 I did not blog about Odin in ages, when I do now it is always with a great deal of sadness. And I know I already wrote his eulogy. Nevertheless, because I think about him constantly and because I spent far more time with him than I wrote about when he was alive, I have decided to do it again. Today is the full moon, and it reminded me of him. Because he was a very nocturnal cat and nicknamed sometimes Moon Shadow and because his left eye, all pearly white, reminded me of a full moon. Basically, a lot of things remind me of him: the darkness, like his fur, the moon and every place he has been around the block and in the apartment.

Because yes, by the end of his life, Odin was really a resident here and pretty much the lord of the manor (to the consent of his owners, I would add, so nobody would think I stole him). It all started surreptitiously really. One night it was raining so he was brought upstairs for a bit, then one night it was cold, then he ended up spending the night here. Odin quickly took over this place, as you can see. He made his ease on the sofa, used to sit on the very laptop I am typing this post when I was reading or watching TV, meowed for food or cuddles (even though his owners said he was the silent type, he had become very mouthy as of late). He never spent a full night here, until the American-French couple who had him said that their Homer had found new owners and seemed happier with the people here than with them. They were somewhat saddened I think, but then again they have two other cats and a dog, so were happy to have a bit less of their hands full. But I think when it all comes down to it, it was Odin's decision. Funny how cats make their way into people's life. So I was for a little while a cat owner.
Posted by Guillaume at 19:55

That's a spectacular photo of Odin. I hope he and HRH are getting acquainted in Cat Heaven.

have you ever thought of adopting a homeless black kitten and naming him after Odin?... a memory and a new friend forever. It would be a lucky little thing to have you for his caregiver.